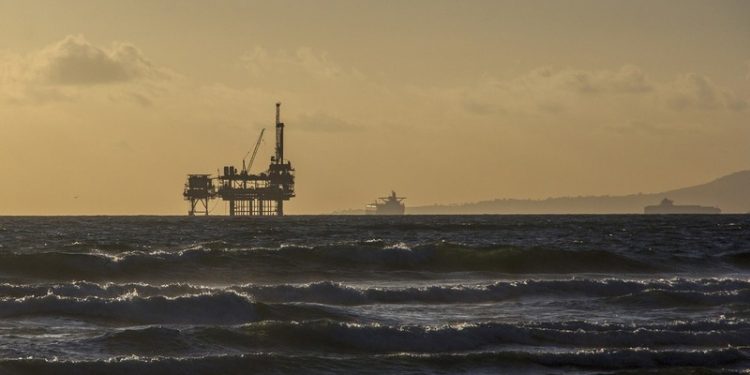 Aker Energy was founded[1] in February 2018 as a 50-50 joint venture between Aker ASA (listed on the Norwegian Stock Exchange) and TRG AS, a company controlled by Norwegian billionaire Kjell Inge Røkke. TRG AS also owns AGM Petroleum Ghana Limited.[2]

Aker Energy/AGM proposes in the said transaction, and the Minister requests, that GNPC acquires a significant stake in the concessions above. Accordingly, Parliament has been invited to consider and approve the following:

The proposed transaction will result in the following shareholding structure shown in the table below for the two oilfields if approved by Parliament.

In order to appreciate the nature of the issues at stake, I must provide some context of Ghana’s upstream oil and gas industry. Since the early 2000s, Ghana has signed petroleum agreements  (PAs) with various IOCs and their local partners, including Tullow Oil, Kosmos Energy, Hess Corporation, Lukoil, Afren, ENI and Vitol, among others, to explore offshore hydrocarbon resources. Ghana has signed eighteen (18) such PAs out of which three (3) are producing fields, and four (4) with discoveries pending appraisal and or development. The blocks with discoveries include the DWT/CTP operated by Aker Energy; SDWT operated by AGM; Cape Three Points (CTP) Block 4 operated by ENI Ghana Exploration & Production Limited; and West Cape Three Points (WCTP) Block 2 operated by indigenous company Springfield E&P Limited.[3]

In recent times, Ghana’s oil industry has faced significant headwinds, such as the 2014 to 2017 oil price slump, which led to a drop in exploration activity. In addition, the maritime boundary dispute with Côte d’Ivoire also stalled offshore activity. Furthermore, the coronavirus (COVID-19) pandemic, a further slump in oil prices in 2020 and the looming energy transition pose challenges to the country’s ability to fully maximise economic recovery of its hydrocarbon resources.

Against this background, GNPC seeks to grow and develop its reserves and asset base by acquiring extra stakes in the fields above, thereby playing increasingly, a more direct developmental role in Ghana’s oil and gas industry.

However, the core of this strategic intent by GNPC to grow reserves and specifically become an operator is not new – it goes back over ten years. Therefore, persons attempting to make this look like something new are instead, in my view, deliberating obfuscating matters. In fact, as far back as 2016, GNPC launched a new strategic vision – the accelerated growth strategy – based on the following (see also figure below): 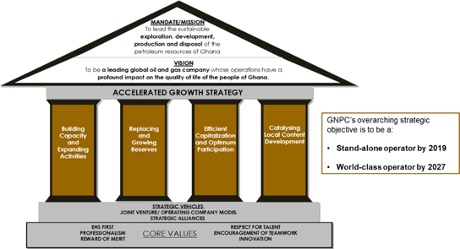 I have stated that I agree in principle with GNPC wanting to increase its reserves and production, for example, by using its commercial arm GNPC Explorco to take on more exploration risk but with more significant potential commercial upside. [4] Some other civic organisations also share this view[5]

Nevertheless, there are some major issues with the proposed Aker Energy/AGM deal, such as the valuation, which needs to be carefully looked at, as in my view, it does not inure to the public interest.

The primary issue on the table is not about whether GNPC can increase its reserves and production. Instead, it is the ‘how or mechanics’ of the acquisition that warrants appropriate public scrutiny. Thus, it is about the finer details of the proposed Aker Energy/AGM transaction on public interest grounds.

Two important considerations in any valuation exercise are (1) estimating the proved oil and gas reserves that can be economically recovered, and (3) estimating the related future net cash flows, which is the difference between revenues or cash inflows and costs or cash outflows. Proved reserves must be economically extractable from a given date based on current economic conditions, including the prices and costs.[6] Also, estimating cash flows requires some economic assumptions, such as current and future costs, future production rates, oil prices, and a discount factor that reflects the minimum rate of return or opportunity cost of capital.

Below, are some questions on the proposed transaction which warrants further scrutiny:

While the arguments of the energy transition and potentially stranded assets are widely known to many an industry analyst, it is not enough to use that as a basis to justify what is an otherwise rushed transaction. Details matter, and this proposed Aker Energy-AGM transaction deserves to be scrutinised appropriately on its merit. Unfortunately, those throwing energy transition issues into the mix either do not understand the technicalities or are deliberately obfuscating the issues.

A careful analysis of the proposed deal reveals inconsistencies and deviations from industry-wide accepted valuation norms, among other issues, which if not addressed will leave GNPC, the national oil company, with overpriced assets on its balance sheet, some of which may never be commercialised. To put things into context, the proposed loan (which has now been purportedly reduced from US$1.65 billion to US$1.45 billion[10]) amounts to 2.2% of Ghana’s GDP, 5.9% of Ghana’s external debt and 2.9% of Ghana’s total debt as of 2020.

Also, the Ghana Revenue Authority (GRA), together with GNPC and the Petroleum Commission, have an opportunity to audit and establish the cost base and value. Furthermore, any disposal of the assets may need to be assessed for applicable capital gains taxes by the GRA.

My reading of the situation so far indicates to me that the sellers (Aker Energy/AGM) perhaps require this transaction more than GNPC (the buyer). Hence, the government should not be under pressure to give away value. There should be no rush to conclude this deal. Aker Energy’s own statement on 11 May 2021[11] indicates them saying that they will submit a revised Plan of Development (PoD) for the DWT/CTP block by the end of this year. Therefore, why not wait for that since, without such a PoD or independent valuation of the reserves, there is little basis for the numbers thrown up in the various “valuation” reports. There is value in waiting, in my view.

He is an Associate Lecturer at The Centre for Energy, Petroleum and Mineral Law and Policy (CEPMLP), University of Dundee; and also, Associate Lecturer and Honorary Research Fellow at the University of Aberdeen. Theo is currently co-editing a Palgrave MacMillan book titled “Petroleum Resource Management in Africa: Lessons from Ghana”, which examines the challenges and opportunities from ten years of oil and gas production in Ghana.