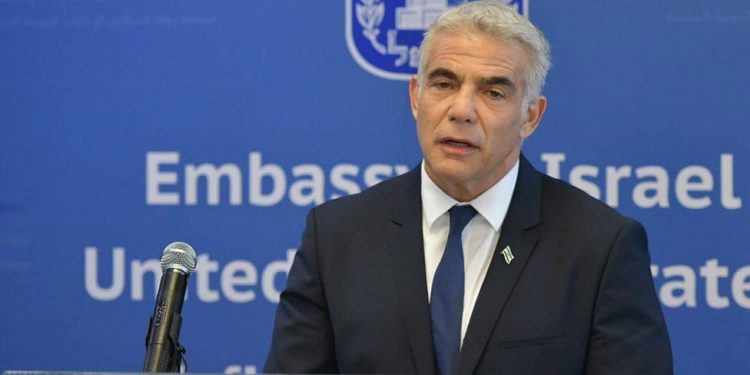 Israel has accused Iran of being behind an attack on an oil tanker in which two crew members – a British national and a Romanian citizen – were killed.

The MV Mercer Street, operated by the London-based company Zodiac Maritime, was off Oman’s coast in the Arabian Sea when the incident occurred on Thursday.

The company, which belongs to Israeli shipping magnate Eyal Ofer, said it was working to establish what had happened.

Iran has not commented on the Israeli foreign minister’s allegations.

In a statement on Friday, Yair Lapid blamed “Iranian terrorism”.

“Iran is not just an Israeli problem,” Mr Lapid said, adding: “The world must not be silent.”

However, details of the attack on the Liberian-flagged, Japanese-owned tanker remain unclear.

The incident appears to be a serious escalation in tensions in the region, and some reports suggest that a drone was involved.

A spokesperson for the UK government said it was also trying to “urgently establish the facts”.

“Our thoughts are with the loved ones of a British national who has died following an incident on a tanker off the coast of Oman,” the statement said.

It added that vessels “must be allowed to navigate freely in accordance with international law”.

In a statement on Friday, Zodiac Maritime announced the two deaths with “profound sadness”. It said no other injuries had been reported.

The company added that the vessel was now “sailing under the control of her crew” and heading to a safe location with a US naval escort.

The undeclared “shadow war” between Israel and Iran appears to be hotting up.

There have been several attacks in recent months on both Israeli and Iranian-operated vessels, with both countries trading accusations and denials.

But this attack marks a significant escalation with its human casualties.

Israeli Foreign Minister Yair Lapad called for a tough response and said he was in consultation with his British counterpart Dominic Raab, and that the issue would be taken to the UN.

An Iranian Arabic-language television station quoted unnamed sources saying the attack was revenge for an alleged Israeli attack on an airport in Syria, an ally of Iran’s.

An unnamed Israeli official said it would be hard for Israel to turn a blind eye to the attack.

The UK Maritime Trade Operations (UKMTO) naval authority said it was investigating the incident, which occurred near the Omani island of Masirah, and confirmed that “coalition forces” were assisting the vessel.

The US state department said it was “deeply concerned” by the reports and was “monitoring the situation closely”.

The tanker had been travelling in the northern Indian Ocean to the United Arab Emirates (UAE) from Dar es Salaam in Tanzania.

According to Zodiac Maritime, it had no cargo on board at the time of the incident.

A number of previous incidents have been reported on both Israeli and Iranian-owned ships in the area. Vessels have been damaged in these incidents, but casualties are rare.