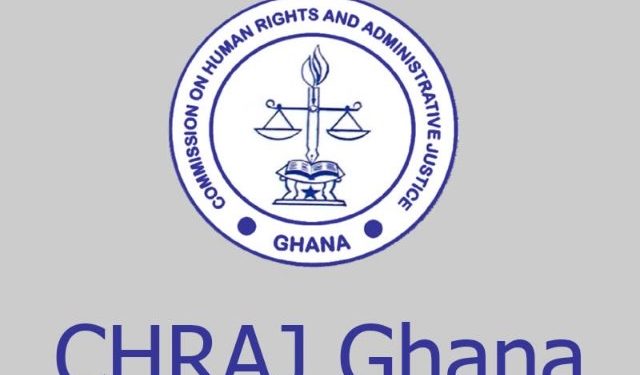 The Commission on Human Rights and Administrative Justice (CHRAJ), is no longer probing the Chief Justice, Kwasi Anin-Yeboah, as demanded by the Alliance for Social Equity and Public Accountability, ASEPA.

According to CHRAJ, it took such a discretionary action because it realized that ASEPA had also petitioned the presidency over the same issue.

“Since the matter is pending in the appropriate constitutional forum, the commission, in the exercise of its discretion under Section 13 of Act 456, hereby ceases to investigate the complaint any further as the invocation of the Article 456 proceedings has effectively taken the matter out of the forum of the commission,” CHRAJ said in a letter addressed to ASEPA and sighted Citi News.

ASEPA petitioned CHRAJ on July 12, 2021, asking the commission to investigate allegations of bribery and corruption against the Chief Justice under Article 218(a) and (e) of the 1992 Constitution.

“Whilst the Commission was conducting preliminary investigations into the instant complaint, it was brought to its attention that the complainant [ASEPA] has also petitioned the President of the Republic under Article 146 of the 1992 Constitution for the removal of the Respondent as Chief Justice, grounding the petition on the same allegations of bribery and corruption. The said petition was submitted to the Office of the President on the 13th of July 2021, a day after the instant complaint was lodged with the commission.”

CHRAJ, in the letter signed by its Commissioner, Joseph Whittal, said because the group was seeking the removal of the Chief Justice from office, the appropriate forum for such demands to be met is the Presidency.

“Whilst it may be conceded that the complainant in the instant matter before the commission did not claim, as a specific relief, the removal of the respondent, it is discernible from its invocation of Article 146 that, that is the ultimate destination of the complainant. The procedure for the removal of a Chief Justice having been specifically provided for in Article 146, it is our considered view that the provisions of the said article take precedence over the general provisions of Article 218,” the commission noted.

CHRAJ further defended its action for refusing to probe the Chief Justice, saying, the law governing its work gives it the discretionary power to decide what to do when confronted with situations like this.

“Section 13(1) gives discretion to the Commission when confronted with a situation such as this, where there is provision of law, as set out in Article 146 to deal with matters of this nature, and the complainant has taken advantage of it as evidenced by its petition to the President under the said Article, to refuse to investigate the matter.”