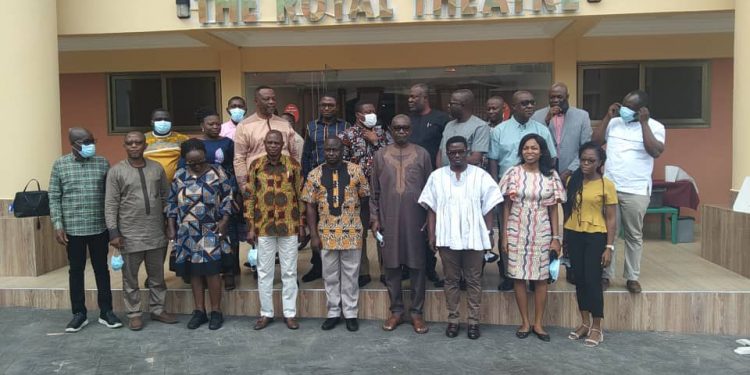 The Poverty Reduction Strategy Committee of Parliament, says it will scrutinize the 2019 and 2020 budgets and demand accountability from agencies that were allocated funding for poverty reduction initiatives in the country.

According to the committee, the state of insecurity and unrest in a country can be linked to poverty and the increasing rate of youth unemployment.

The Chairman of the Poverty Reduction Strategy Committee of the Parliament of Ghana, and MP for Talensi, Benson Tongo Baba, who spoke to Citi News on the sidelines of orientation for committee members on Data for SDG’s monitoring organized by the African Centre for Parliamentary Affairs (ACEPA) in Koforidua, said poverty has become a security national threat.

“Poverty has become a national security threat, and it is true because hunger drives people to act violently or irrationally, and we have seen it in other countries where people cannot put food on their tables and have resorted to all forms of acts that have threatened the security of the nation.”

“You need to be loyal before the state can derive its strength from the people, so that is why we are appealing to the government of Ghana to do everything possible to eliminate poverty. The aim of our committee is to help the government, identify the problems, areas, monitor them with the collaboration of the agencies responsible so that we can see how these poverty issues can be minimized”.

“I know in the area of agriculture the previous government started something and this government is also doing something, but it appears that those resources and logistics needed by the peasant farmers to encourage them to go into commercial farming are not reaching them and even when the items go to where they are needed by the farmers, they struggle to get them because we heard recently the Agric Minister saying that fertilizer meant for planting for foods and jobs are being smuggled out of the country”.

Benson Baba who indicated that the Poverty Reduction Strategy Committee will work tirelessly to ensure that poverty is reduced in the country threatened to haul agencies that fail to appear before the committee for purposes of accountability to the Speaker of Parliament for appropriate sanctions.

“It is not going to be business as usual, trust me. In the past, we write to them and those agencies do not get the courtesy to write to us back, but what I know is that this is a Committee of Parliament, and it has the power of the High Court so what we are going to do if any ministry fails to appear before us, will be to take the issue up with the Speaker of Parliament and the floor of parliament for them to come and answer”.