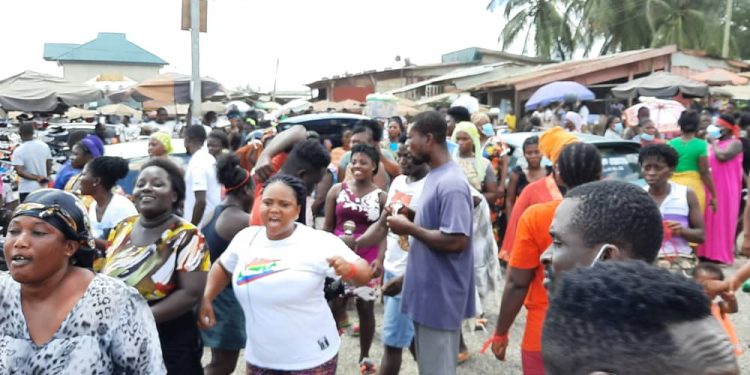 Some angry residents of the Buduburam camp clad in red and black attire besieged the Gomoa Buduburam police station on Tuesday, September 28, 2021, to protest a planned demolition exercise scheduled for Thursday, September 30, 2021.

The residents lamented that hundreds of residents will be displaced if the demolition of the 141-acre land is carried out.

The Chiefs and residents of Gomoa Fetteh in the Gomoa East District of the Central Region, who are the custodians of Gomoa Buduburam had called on the government to consider demolishing the enclave to reduce crime.

There have been several calls by various traditional leaders for the enclave to be demolished because it is believed to be contributing to the high crime rate within Kasoa and its environs. 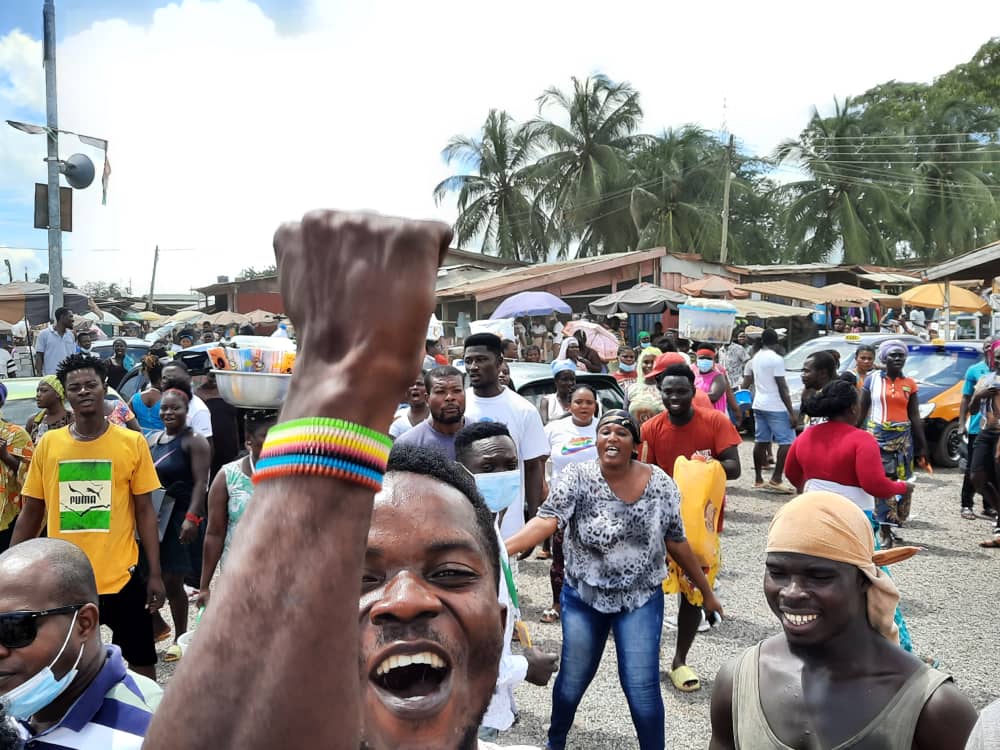 Some residents who spoke to Citi News however denied the perception that the Buduburam camp harbours criminals and urged the government to reconsider its decision.

“Things are difficult these days, so it will be unfortunate for us to be evicted from this place. Not everyone here is a sex worker. I stay here with my husband. We are pleading with the president to allow us stay here because we do not have anywhere to go,” a resident complained.

“We have written several letters to the Ministry of Interior and no one has responded. There is nothing we can do again about this demolition,” another said.

The Buduburam enclave, which used to host mainly Liberians who sought asylum in Ghana during the unrest in that country, is now hosting other foreign nationals from Nigeria, Senegal, Ivory Coast, and some Ghanaians.

It became the home of Liberian refugees after it was opened by the United Nations High Commissioner for Refugees (UNHCR) in 1990. It was initially home to some 12,000 refugees.

The District Chief Executive for Gomoa East, Solomon Darko Quarm, in July 2021 said the government had given the Assembly the green light to demolish parts of the Budumburam camp, specifically the portion which harbours a lot of suspected criminals.

According to the DCE, processes are far advanced for the commencement of the exercise.

“The Chiefs and people of Gomoa Fetteh led by Nana Abor Attah gave the government an ultimatum to demolish sections of the Gomoa Budumburam camp, and we have engaged all stakeholders on this directive. And we are hoping that in due time the place will be demolished to rid the place of criminals. Government is in agreement with the chiefs and people of Gomoa Fetteh, and we will soon carry out the exercise for Gomoa Buduburam to become a modern city in the whole of Ghana,” Mr. Solomon Darko said.