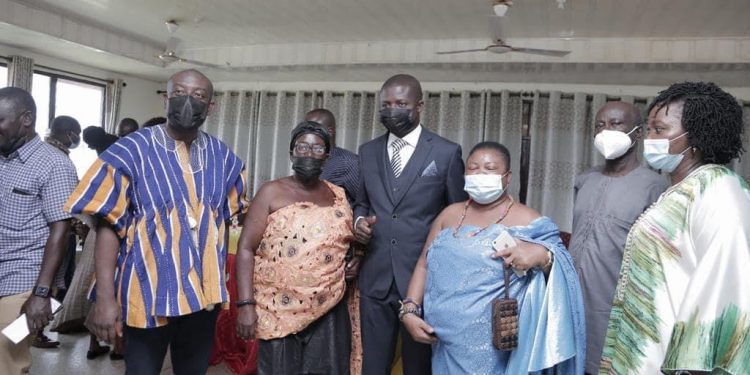 President Akufo-Addo’s District Chief Executive nominee for Gomoa West in the Central Region, Bismark Baisie Nkum, has been confirmed by the local assembly.

Bismark Nkum, who is the President of the National Association of Local Authorities of Ghana, NALAG, becomes the first of the 260 nominees to be confirmed.

At an election held on Thursday, September 23, 2021, he polled 39 out of the 52 votes cast. Mr. Baisie Nkum is among the MMDCEs from the previous administration who were retained by President Akufo-Addo.

Upon taking the oath of office after his victory, Mr. Nkum expressed appreciation to the members of the assembly for his confirmation and gave assurances that he will consult and work with them towards the development of the district.

The election was observed by key persons including the Minister for Information, Kojo Oppong Nkrumah; the Central Regional Chairman of the New Patriotic Party, Robert Kutin Jnr, the Omanhene of the Gomoa Ajumako Traditional Area, Obrempong Nyanful Krampah XI, and the former DCE for Gomoa West under President John Mahama, Theophilus Aidoo Mensah.

The various assemblies are expected to vote in polls organized by the Electoral Commission to approve or reject the nominees.