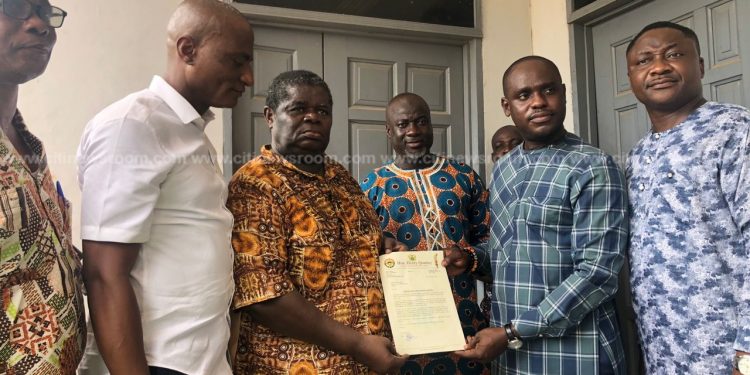 The Greater Accra Regional Minister, Henry Quartey, has pledged to give a monthly stipend of GH¢1,500 to ace Ghanaian actor, Psalm Adjeteyfio popularly known as T.T.

His gesture is in response to a cry for help by the famed actor for the payment of his rent, which was due.

Vice President Dr. Mahamudu Bawumia two days ago responded to T.T’s appeal by making a donation of GH¢50,000 to the actor; GH¢30,000 of which was to take care of his rent for the next five years and GH¢20,000 for his upkeep.

Mr. Quartey, who is also the Member of Parliament for Ayawaso Central, in a letter said he is inspired by T.T’s positive impact in the film and entertainment industry, hence he is committing to the monthly deduction of GH¢1,500 from his parliamentary salary to be paid to T.T. 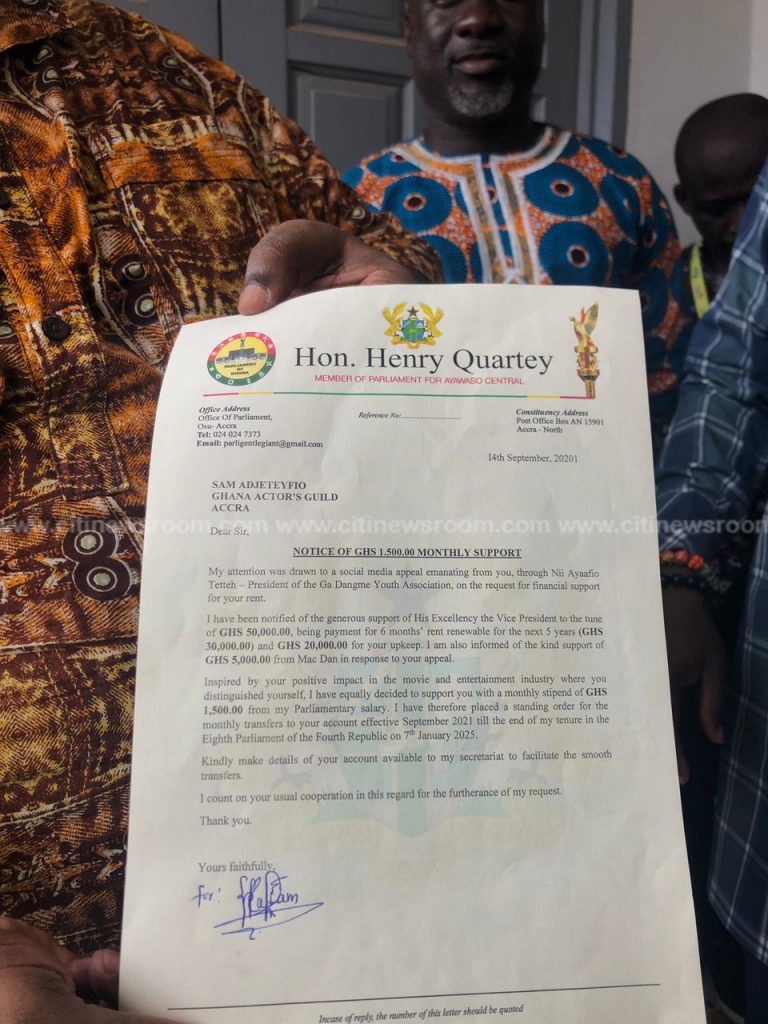 “Inspired by the positive impact in the film and entertainment industry where you distinguished yourself, I have equally decided to support you with a monthly stipend of GHS 1,500.00 from my Parliamentary salary. I have therefore placed a standing order for the monthly transfers to your account effective September 2021 till the end of my tenure in the Eighth Parliament of the Fourth Republic on 7th January 2025,” excerpts of his letter indicated.