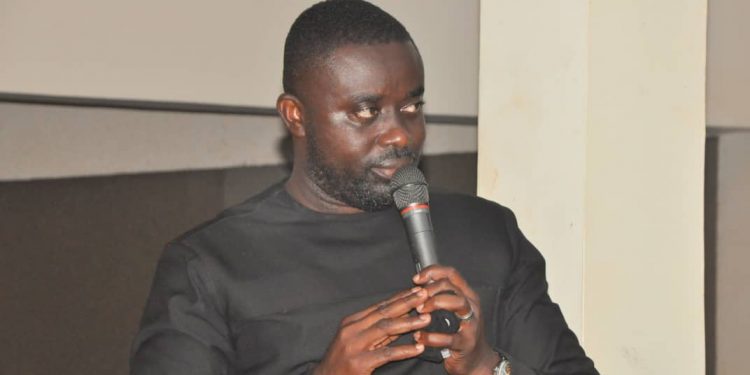 The Member of Parliament for Kade, Alex Kwadwo Agyare, says no child will be allowed to work on a mining concession in Kade.

Alex Agyare says children ought to be in the classroom instead of mining pits.

“We need our kids to be educated not get involved in mining, their education is more important” he stated.

Speaking at the inauguration of the Kade Community Mining Concept at Kwaebibirim in the Eastern Region, Alex Agyare said investment in children’s wellbeing should be the ultimate priority of parents.

The Kade Community Mining Concept forms part of the Akufo-Addo administration’s policy to reshape mining in Ghana. It was introduced as part of the fight against destructive illegal mining, popularly known as ‘galamsey, which has had a devastating effect on the environment.

Community mining seeks to enforce responsible mining at all times.

Alex Agyare says a task force will be formed to monitor the activities of miners, so they don’t go beyond the Community mining limit.

“We will set up a task force, aimed at monitoring the miners to stay within their catchment areas. We will not allow the devastation of the environment to happen again as it has; everything will be done to control the operation” he noted.