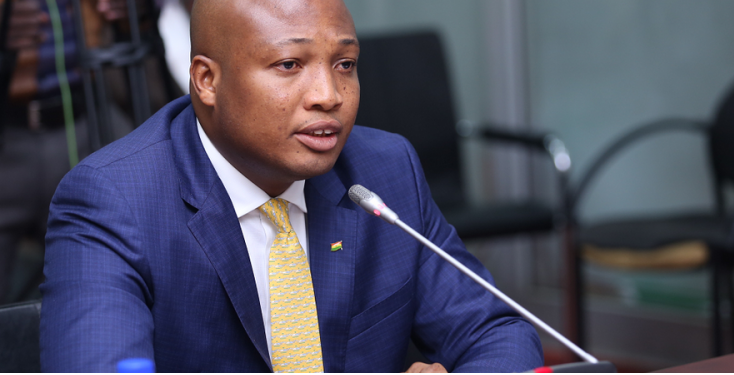 The Minority in Parliament has said it will resist all attempts by the Akufo-Addo led administration to purchase a bigger presidential jet for the country.

Speaking to journalists at the Jubilee House on Monday, September 27, 2021, Eugene Arhin announced plans by government to purchase a new presidential jet to cater for presidential travels.

Eugene Arhin said the Defence Minister, Dominic Nitiwul, has already begun the processes for Ghana to procure the new jet.

But the Ranking Member on the Foreign Affairs Committee of Parliament, Samuel Okudzeto Ablakwa, said the move will never be backed by the NDC minority side when it is presented to the house for approval.

“The Akufo-Addo administration will not get the support of the NDC in purchasing a new aircraft. We are not convinced that there is anything wrong with the current jet,” he said.

“The President and his ministers have not been transparent and accountable enough. This whole business of leading aircraft is borne out of an insatiable appetite for luxury. We are not going to endorse, collaborate and support anything that only seeks to advance the president’s insatiable appetite.”

Mr. Ablakwa also indicated that he is seeking to file another urgent question on the cost of President Akufo-Addo’s recent trip to the US, and he told Citi News he hopes to get answers when Parliament reconvenes next month from recess.

“The challenge now is that the house is on recess. The house will have to resume before the Speaker can admit the questions.”

“There are a number of questions I am pursuing. There are new questions for the National Security Minister on the President’s recent trip to the US.”

President Nana Akufo-Addo has come under fire from the Member of Parliament from North Tongu, Samuel Okudzeto Ablakwa, who has consistently accused the President of wasting taxpayers money on hiring luxurious jets for his foreign trips instead of using the existing presidential jet.

The government had explained that the current presidential jet was not convenient for long-hour trips, as it couldn’t take more numbers and had limited facilities for the comfort of a president.

Mr. Ablakwa sought answers as to why the President allegedly chartered a luxurious jet that cost GH¢3.7 million for his recent trip.

“The President has [again] chartered another flight, which cost us GH¢3.7 million. I am filing two other questions on the latest revelations, and I am hoping that this time, the government’s ministers will not pussyfoot and run away from accountability as they have done all of these months,” Mr. Ablakwa said on Eyewitness News.

The Ranking Member had earlier alleged that the President spent an amount of GH¢2.8 million on his earlier travels to only South Africa and France using the services of a private jet instead of the presidential jet.

The Finance Ministry however avoided the question on the expenditure and said that information ought to be provided by the National Security Ministry.

But Eugene has at previous press engagements challenged the MP’s claims, describing them as false.