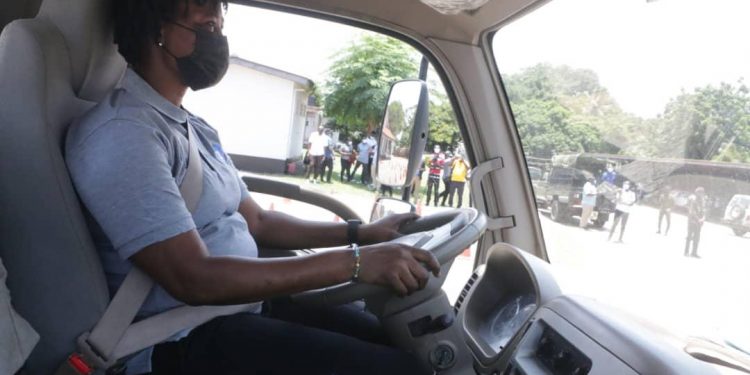 A total of 51 female beneficiaries of the Youth Employment programme have received training in driving heavy-duty trucks under its Zoom Captains programme of Zoomlion Ghana Limited. 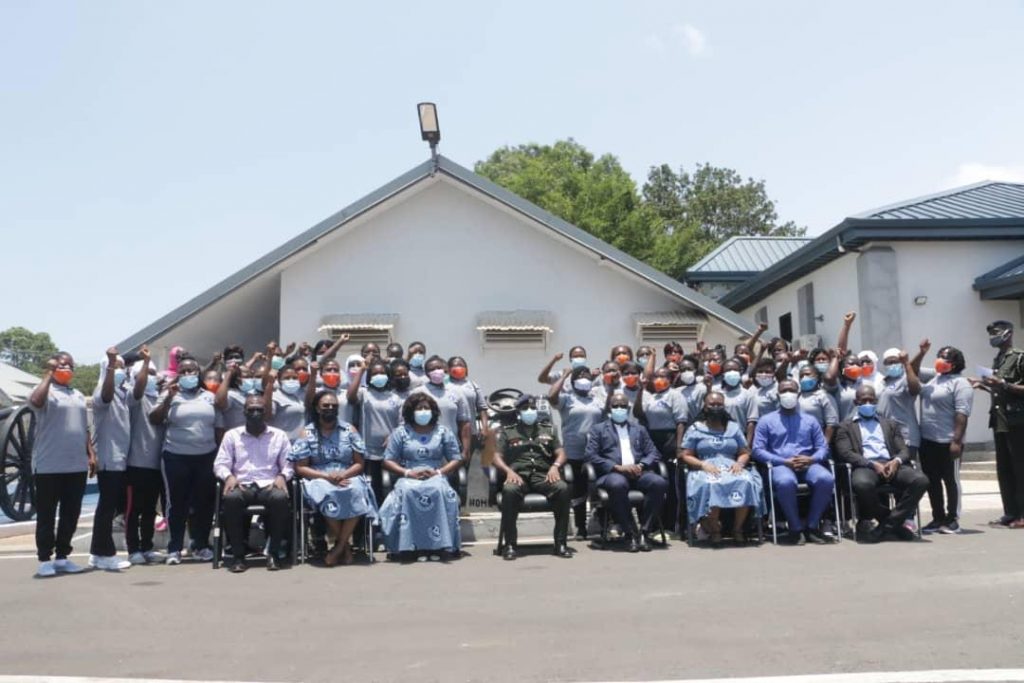 They undertook a 15-week training which was crowned in a closing ceremony on Friday, September 10, 2021, at the Armed Forces Supplies and Transport Training School (FATS), Burma Camp in Accra.

The Zoom Captains Concept was launched on July 16, 2008, when 25 Female Youth Employment beneficiaries were trained in the operation of various categories of Heavy duty/Earth Moving Equipment. 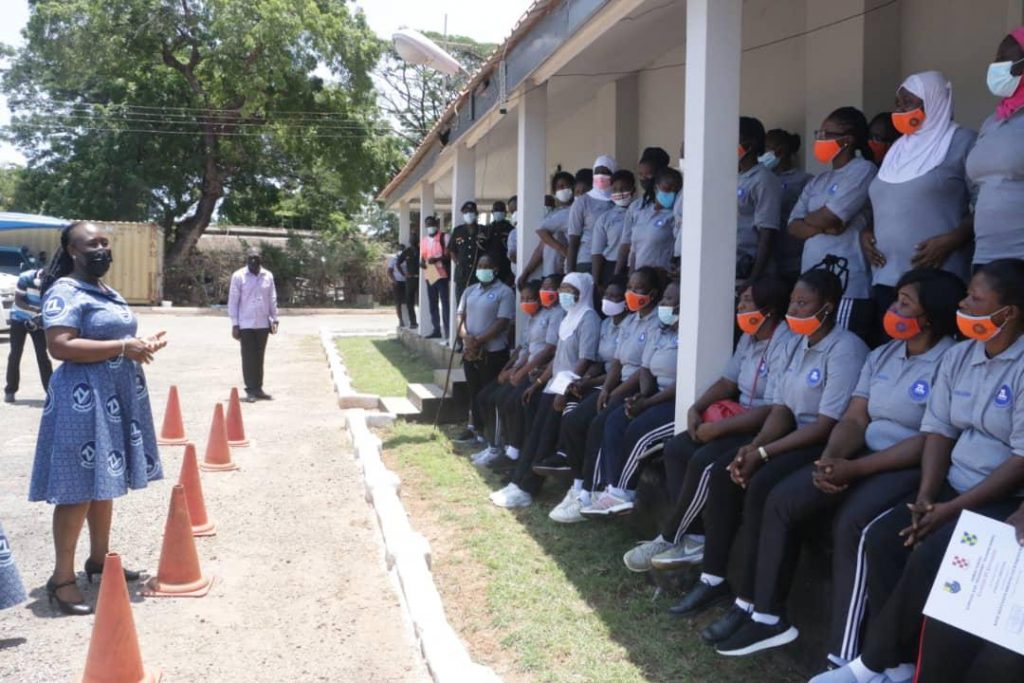 It is the objective of the company to also build a work environment that encourages and promotes affirmative action in less popular feminine job roles that the Zoom Captains program was extended to mainstream commercial driving.

Closing the ceremony, the Commanding Officer of the FATS, Lieutenant Colonel Franklin Gyamerah Amoako, charged the participants to put into practice the knowledge and skill they have acquired as well as the discipline they experienced. 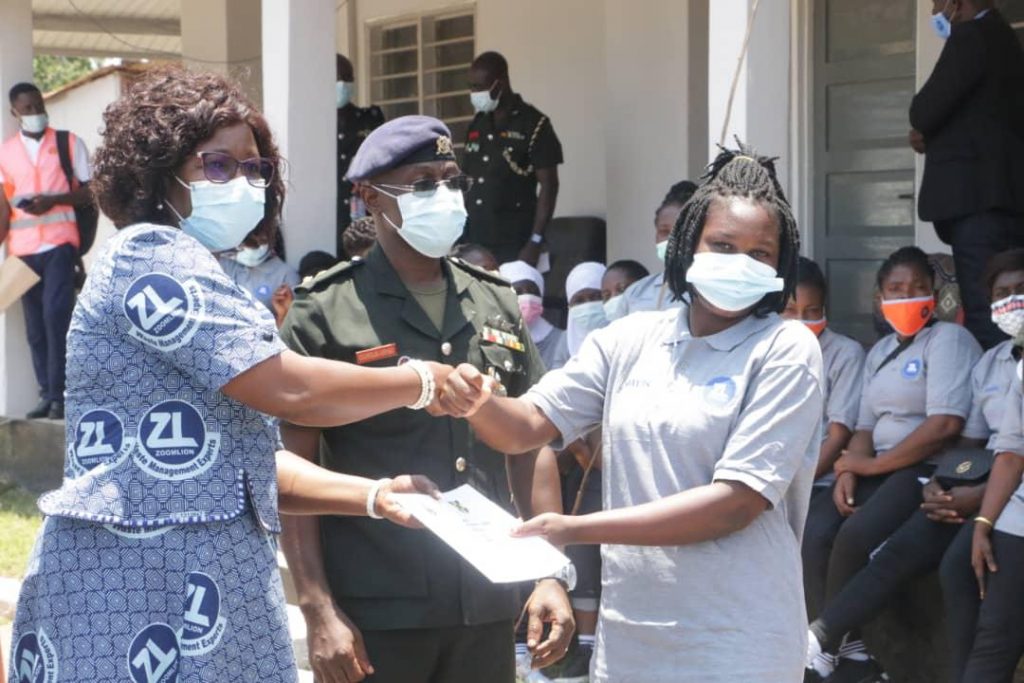 He expressed the school’s appreciation to the Jospong Group of Companies for making them a part of their training programme.

“And it is also my hope that when you get out there, you will be given the opportunity to handle and operate these vehicles because you have all the competencies to do so,” he said. 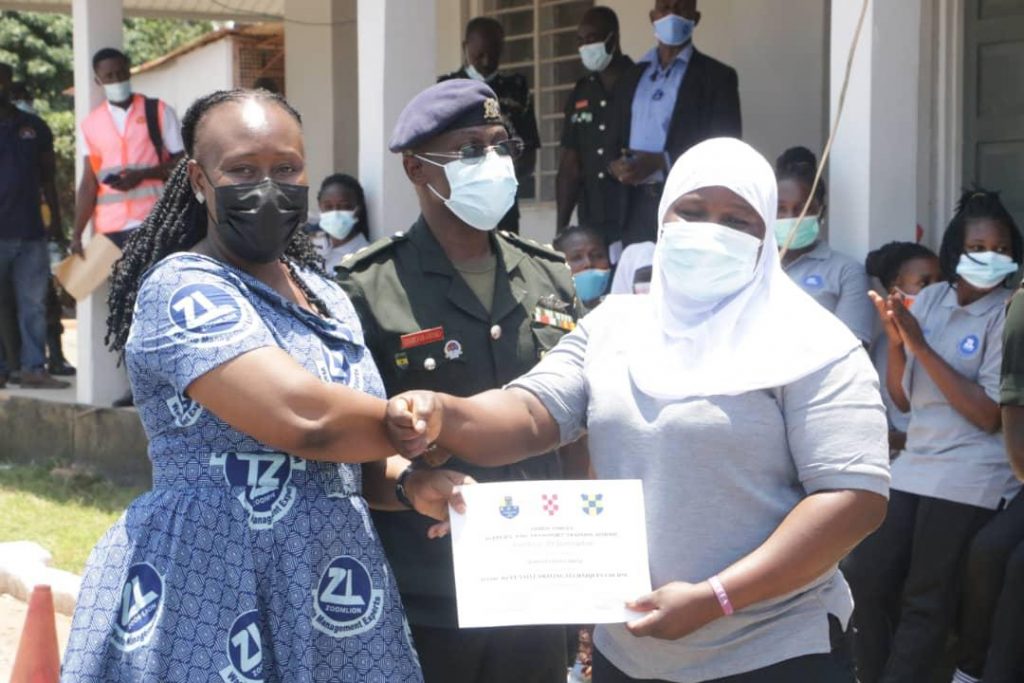 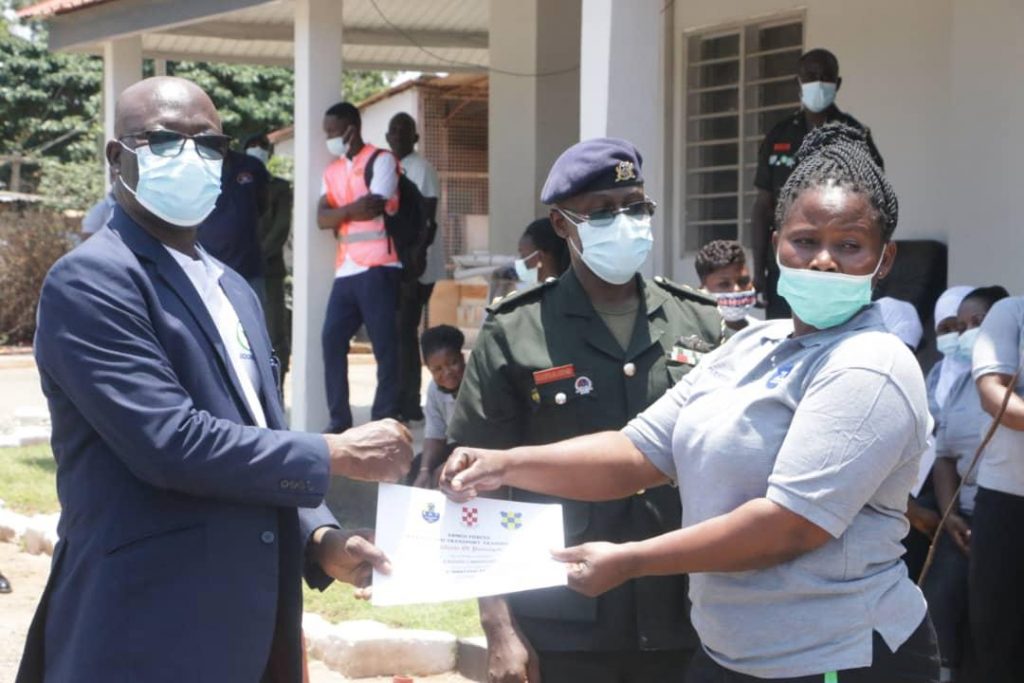 According to Lt. Col. Franklyn Gyamerah Amoako, the ladies have acquired competencies in driving various tonnage capacity of trucks.

“I must say these were ladies who had no knowledge at all in driving, and within the time frame were able to be transformed from ground zero to heavy duty drivers,” he disclosed. 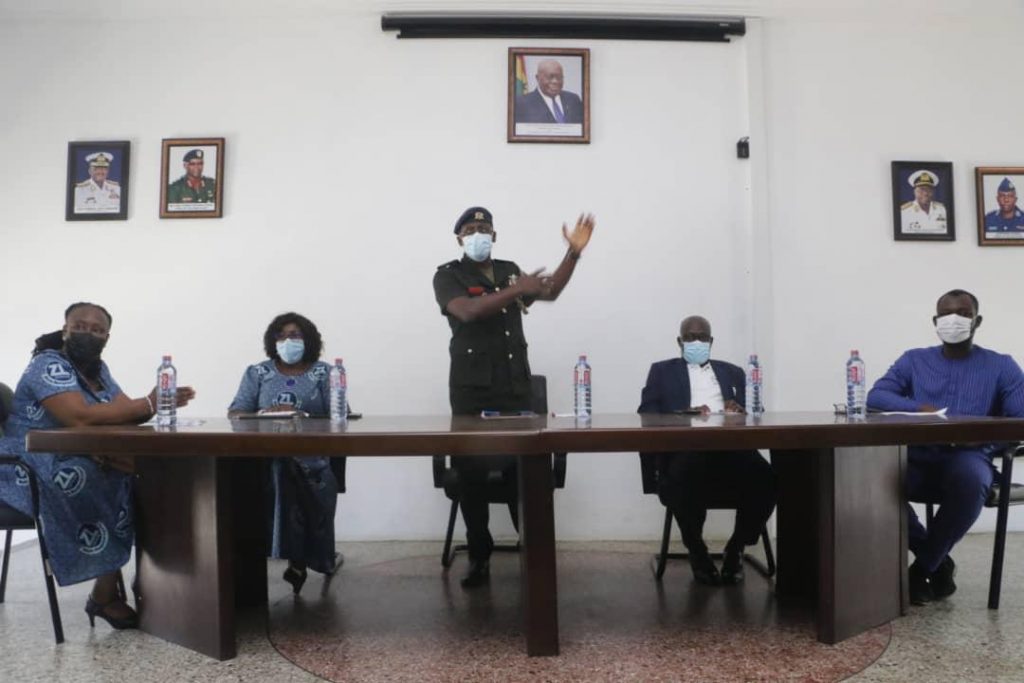 With the help of instructors, he said, the trainees were taught from scratch on how to move a vehicle from rest, changing of gears, steering control, road signs, road manners and ethics among several topics and skills.

He explained that this was because apart from the weight of the vehicle, participants had to be introduced to the hydraulics systems, which are a major feature of heavy duty trucks.

“I am also happy to note that in collaboration with the DVLA, the school has managed to acquire for all the 51 participants license B upon which they will systematically be migrated to the license C, D in due course.” 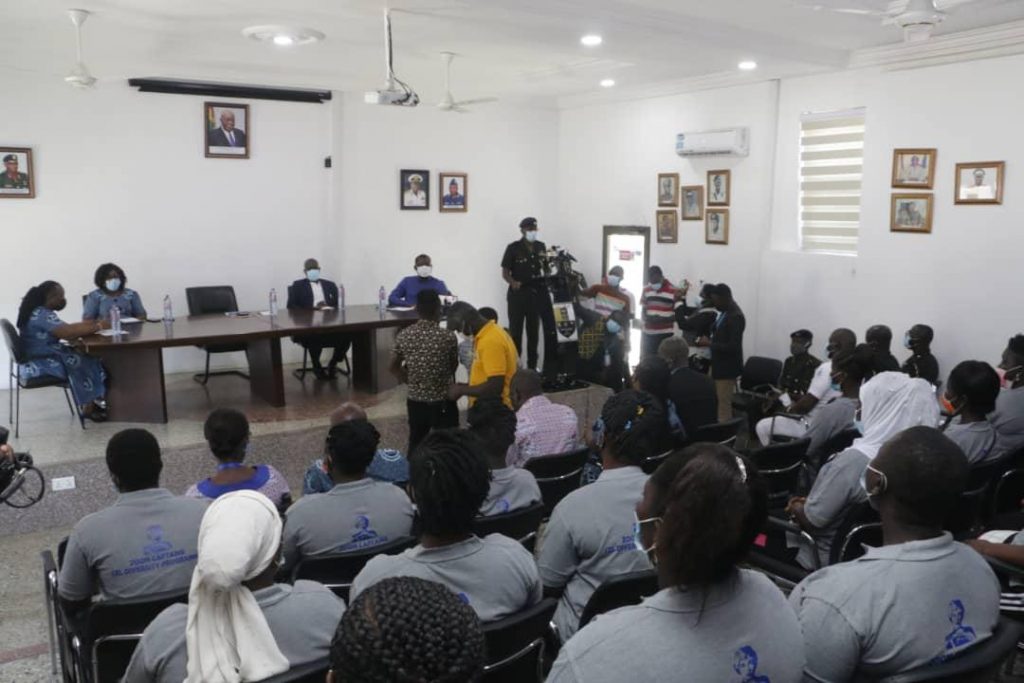 She said these were street sweepers who had no idea of driving, saying “today they have been trained to drive heavy duty trucks of the company.” 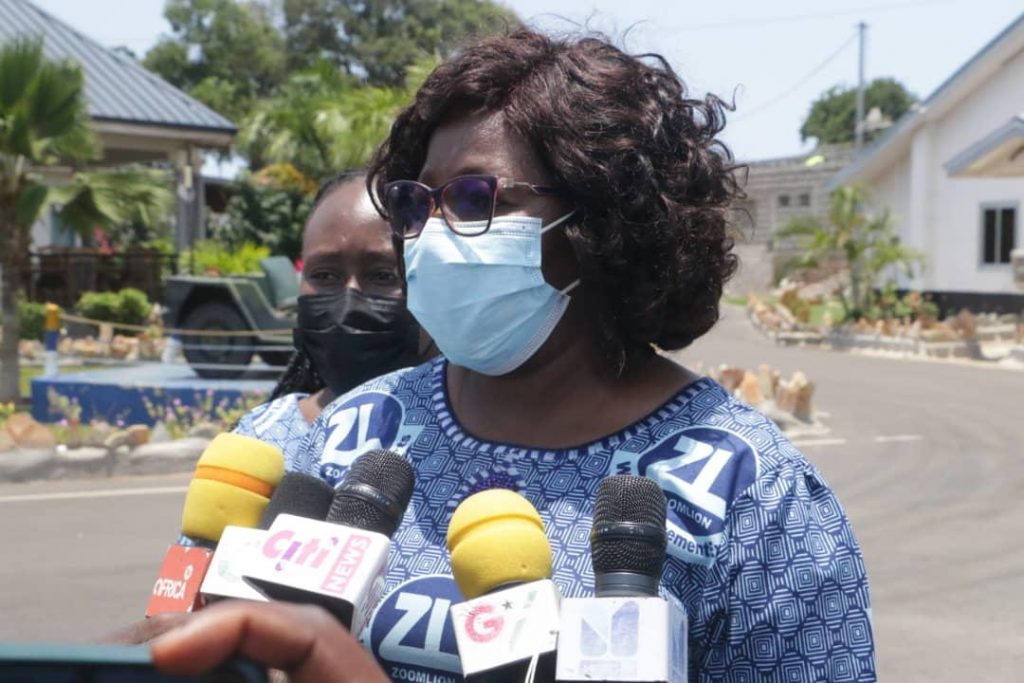 She maintained that it has always been the vision of the Executive Chairman of JGC, Dr Joseph Siaw Agyepong, to empower women to take up such challenging opportunities to make them confident and compete with their male counterparts.

“Zoomlion Ghana Limited and the entire Jospong Group has a culture of empowering our staff with the necessary learning interventions. For example, this year alone, our organization has invested about one million cedis in the developmental needs of our staff with the Ghana Armed Forces training school”, she noted.

She added that the company maintains its focus on enhancing diversity and inclusiveness programmes.

Earlier this year, one hundred drivers and two hundred Janitors were trained and passed out successfully in this same school. These included ladies.