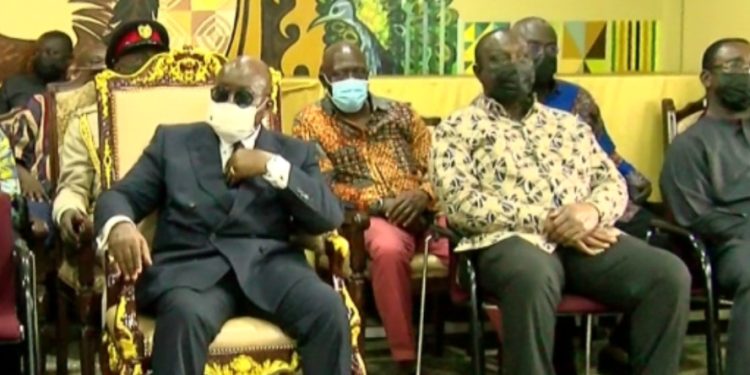 President Akufo-Addo, in a rather unusual manner has made fun of his one-time fierce contender for the flagbearership position of the New Patriotic Party, Alan Kwadwo Kyerematen.

The President, who was introducing a team that escorted him to visit the Asantehene, Otumfuo Osei Tutu II as part of his 4-Day tour of the Ashanti Region, teased Dr. Owusu Afriyie Akoto, the Food and Agriculture Minister, and Trade and Industry Minister Alan Kyerematen on their presidential ambitions.

In the presence of Otumfuo and his elders, the President said, “I am here with the Minister of Transport, Minister for Works and Housing, the National Security Boss, Chairman One; Wontumi, the Food and Agriculture Minister; Owusu Afriyie, who wants to be President. I also have here with me someone who has long eyed the presidential seat, the Minister of Trade and Industry; Alan Kyeremanten, a very hard-working man. All of them are doing a good job”.

The comments by the President got everyone in the room laughing including the Asantehene. 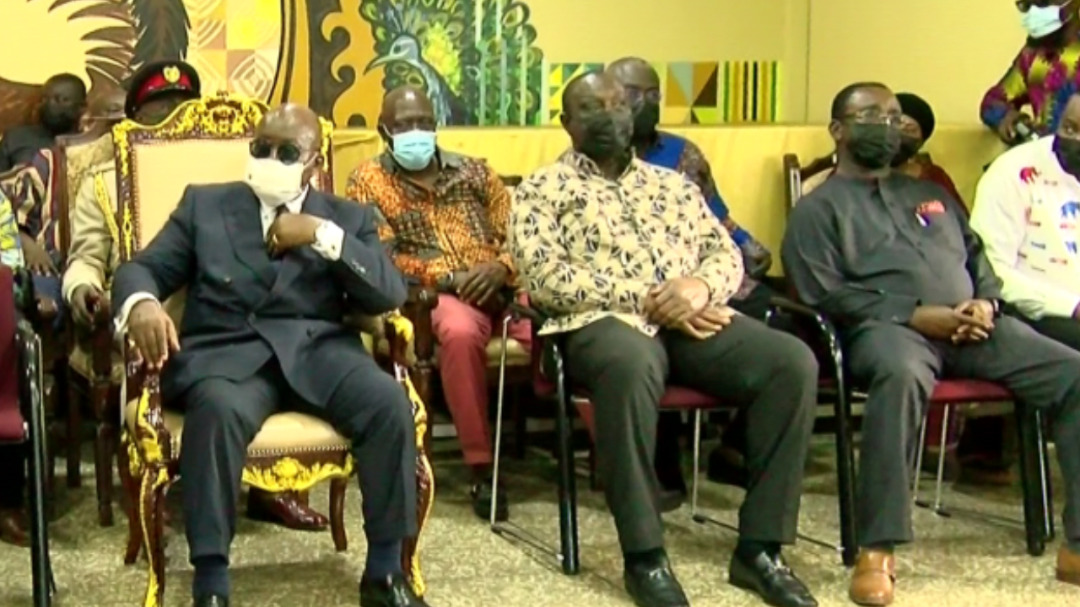 Aside from him, there has been some support for potential presidential bids by Vice President Dr. Mahamudu Bawumia and Trade and Industry Minister, Alan Kyerematen.

A Deputy General Secretary of the NPP, Nana Obiri Boahene, however, criticised persons who have started campaigning for some potential aspirants for the NPP flagbearship ahead of the 2024 general elections.