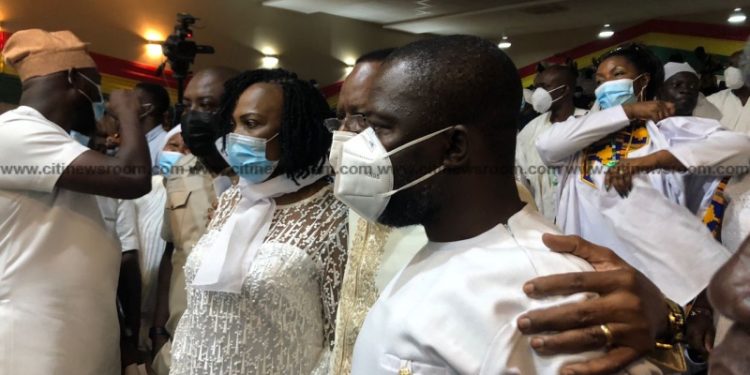 Her confirmation was done today, Thursday, October 7, 2021, at the AMA office.

33 assembly members of the AMA voted ‘Yes’ to confirm her nomination for the position.

Madam Elizabeth Sackey’s name was on the list of Metropolitan, Municipal, and District Chief Executives released by the Minister for Local Government, Dan Botwe on Sunday, September 19, 2021.

However, prior to the list being made public, some NPP youth in the Odododiodoo constituency of the Greater Accra Region, staged a demonstration on Saturday, September 18, 2021, to express their displeasure.

He also disassociated himself from the incident and urged his supporters to respect the decision of President Akufo-Addo.

In a statement, he declared his support for whoever President Akufo-Addo nominates.

Elizabeth Sackey was a former MP for Okaikwei North on the ticket of the NPP. She hails from Asere-Accra in the Greater Accra Region and was born on May 6, 1958.

She holds a Certificate in Marketing, which she obtained in 2003.

She worked with Ghana Commercial Bank as Chief Clerk before becoming an MP.

She is a Christian and fellowships with the Church of Pentecost and is married with four children.