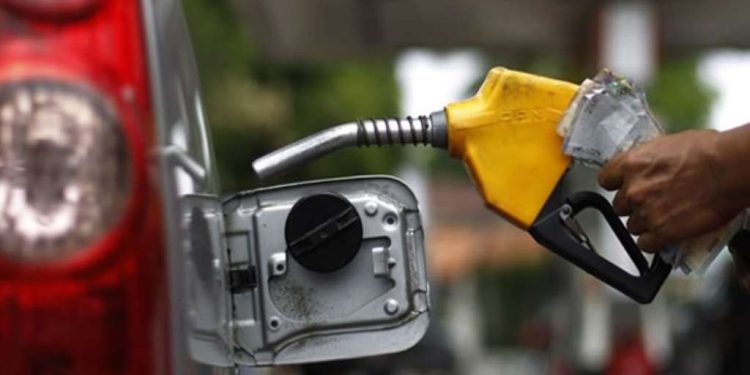 The National Petroleum Authority (NPA), has approved the removal of the Price Stabilisation and Recovery Levies (PRSL) on petrol, diesel, and LPG for two months.

This was announced in a press statement issued by the Authority’s Corporate Affairs Department today, October 11, 2021.

“The National Petroleum Authority (NPA) wishes to inform the public that His Excellency the President, Nana Addo Dankwa Akufo-Addo, has granted approval to zero the Price Stabilisation and Recovery Levies on petrol, diesel, and LPG for a period of two months.”

It added that this followed advice from the  NPA to the Energy Minister for the government’s intervention to mitigate the impact of rising prices of petroleum products on the world market on consumers.

“The above approval follows the advice of the NPA to the Hon. Minister of Energy to seek government’s intervention to mitigate the impact of rising prices of petroleum products on the world market on consumers.”

“Prices of crude oil and refined petroleum products have seen sharp increases on the world market due to a rise in demand for oil globally without a corresponding increase in supply, particularly from the Organisation of Petroleum Exporting Countries (OPEC) and its allies.”

NPA in the press statement said the two levies have been removed for two months to cushion consumers.

“The purpose of the Price Stabilisation and Recovery Levy (PSRL) is to stabilise prices for consumers and pay for the subsidies on Premix Fuel and Residual Fuel Oil (RFO).”

The Chamber of Petroleum Consumers (COPEC) recently reiterated calls for the government to remove the Price Stabilisation and Recovery Levy to avert the consistent increase in prices of petroleum products.

A statement from COPEC said apart from the international market prices having an impact on petroleum products, the local currency has also witnessed a further depreciation in recent times as compared to other trading currencies.

“The two key indicators, that is international market prices and foreign exchange differentials, are all likely to affect average pump prices of petroleum products by between 2% to 3% or (10p/Litre for both products) in this second pricing window of September 2021.”

“This would likely translate to reviewed figures by the various Oil Marketing Companies (OMCs) as those selling at current prices for gasoline and gasoil at GH¢6.38 could be reviewed upwards to between GH¢6.45/-GH¢6.52/L for both Gasoline and Gasoil.”

Below is the full press statement from NPA 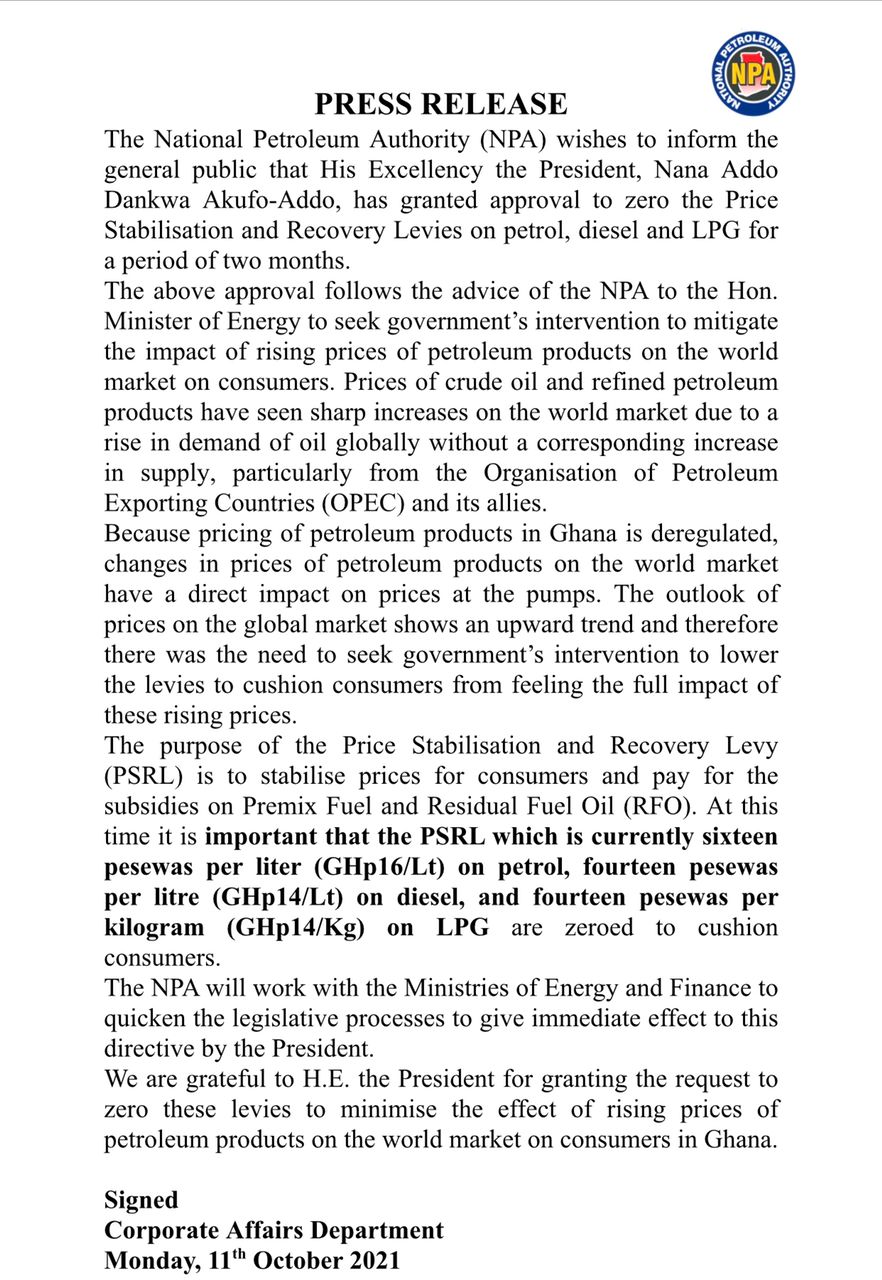