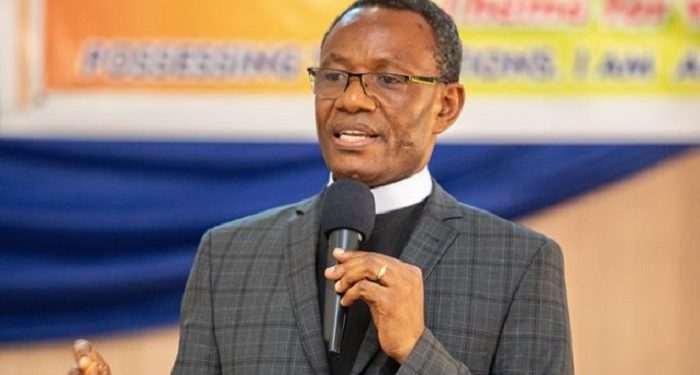 The Church of Pentecost has vowed to campaign vigorously against parliamentarians should they not see to it that the anti-Lesbian, Gay, Bisexual, and Transgender (LGBT) Bill is passed into law with immediate effect.

The Church believes the Members of Parliament (MPs) owe Ghanaians the moral duty to pass laws in the interest of the majority, hence, the Proper Sexual Rights and Ghanaian Family Values Bill brought before the house must be treated with the urgency it deserves.

Speaking on Eyewitness News, General Secretary of the Church of Pentecost, Apostle Alexander Kumi Larbi, said the Church is prepared to leverage its huge membership to kick against the normalization of same-sex sexual activities.

The warning comes after some Christian leaders, including those of the Pentecost Church on Wednesday, submitted a memorandum to Parliament to express strong support for the Bill.

“Our position is that we do not want this thing. The Church of Pentecost is 10.3 percent of the Ghanaian population.  It is not about legal issues but morality. Within 48 hours, we have 15,000 signatories so if we give ourselves a week, all the 3 million members of the Church will sign. So if the MPs vote against this Bill, we also campaign against them in their constituencies. They were voted to go and defend what we want. So our position is that we are not in support of LGBT.”

“We don’t want that, that is why we are supporting parliament with our numbers. If the MPs decide otherwise, the churches are in discussions. This Bill will never survive in Ghana. If they throw it away and say that they are going to allow it, we will use our numbers to rescue the nation because we are doing this for posterity and the values and virtues of this country.  We have the numbers, and they are solidly behind us because we are fighting their cause”, Apostle Alexander Kumi Larbi added.

The Bill, dubbed “The Promotion of Proper Human Sexual Rights and Ghanaian Family Values Bill 2021,” has received wide public support, with a section of the public condemning it and describing it as promoting hate.

Among other things, it prescribes that people of the same sex who engage in sexual activity could spend up to 10 years in jail.

Support for the LGBTQ+ community will also be criminalised.

The Christian Council and the Office of the National Chief Imam have already declared their support for the Bill.

One of the proponents of the bill and MP for Ningo-Prampram, Sam George, expressed optimism that the Bill will be passed when it is presented before Parliament.

He described the support of the clergymen as a key milestone to the passage of the bill.

They fear the Bill will flout the basic tenets of the constitution and undermine the dignity of LGBTQI Ghanaians.