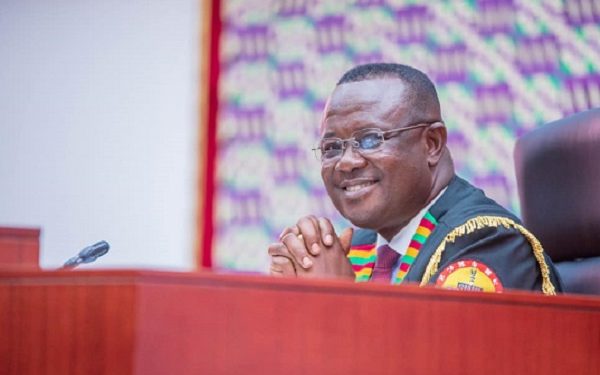 According to the sit-in Speaker of Parliament, the rejection of the budget statement by 137 minority members was unconstitutional, and that the Speaker, Alban Bagbin, erred in his ruling.

Joseph Osei Owusu based his ruling on Tuesday on Article 104 of the 1992 constitution, which forbids parliament from taking certain decisions until it has half of the number of MPs present in the chamber.

“The Speaker appeared not to have paid attention to the Constitution and procedural provision. I’m certain that given his expertise, he would not have made this error if his attention was drawn to it. The consequence of this unfortunate error is that it is void and inconsequential since it was done in violation of Article 104 (1) of the constitution.”

This turn of events on Tuesday happened without the presence of the Minority members who boycotted the sitting, just as their colleagues did last Friday.

Although the reasons for their absence in Parliament are sketchy, Citi News understands that the Minority MPs refused to be in the chamber because they and their counterparts on the Majority side could not arrive at a consensus on requests for some amendments to be made to the 2022 budget.

“We clearly agreed that Parliament would sit at 3:30 pm after having lunch. But it’s a pity they are not here,” the Second Deputy Speaker, Joseph Osei Owusu, who chaired the sitting, said.

The two caucuses had been in meetings since Tuesday morning discussing options available in relation to the rejection or otherwise of the 2022 budget.

The Majority Caucus had insisted that the rejection of the budget by the Minority Caucus was unconstitutional and had no binding effect.

But the Minority believes the rejection of the budget still stands.

In a statement, the Minority Leader, Haruna Iddrisu, called on the Finance Minister to revise the 2022 budget and re-present the document.

He said the revised document must come without the e-levy and the Agyapa royalties deal.

He also demanded that the revised budget capture the construction of the Blekusu sea defense project, among others.