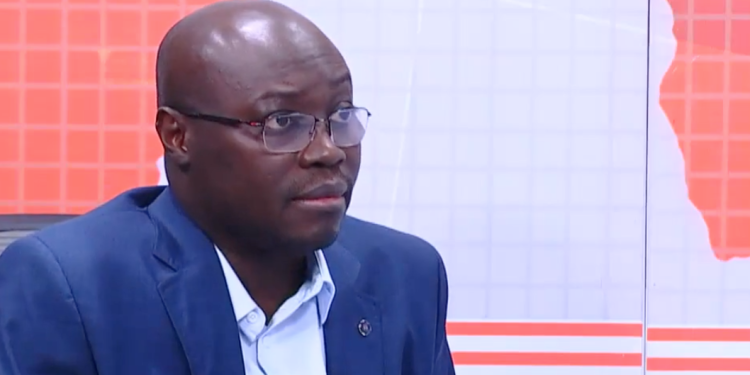 The Ranking Member on the Finance Committee in Parliament, Dr. Cassiel Ato Forson, has reiterated concerns made by the Minority on the government’s proposed 1.75% tax on all electronic financial transactions.

According to Mr. Forson, the levy is regressive and would compound the suffering of the masses.

“This is a super regressive tax that will impose unbearable hardship, pain, and suffering on poor Ghanaians. We are aware that most traders and ordinary Ghanaians use Mobile money wallet as savings account, therefore, any attempt to impose a tax on mobile money transactions will be a tax on savings, a disincentive to save, which should never be encouraged,” he said.

While contributing to the debate on the 2022 budget in Parliament on Tuesday, November 23, 2021, Dr. Forson insisted that members on the Minority side will do everything in their powers to reject the proposed levy.

“Mr. Speaker, I beg to say that this e-levy will introduce more inefficiencies in the Ghanaian economy than ever.”

He thus urged the government to seek external help to address the country’s economic challenges.

“Mr. Speaker, we need to make difficult choices in treating this economic malaise. A choice to either treat the illness ourselves with local medication (homegrown policies) or seek the advice of an external medical expert (visit the hospital, IMF). However, the most critical issue is the right medication and the right dosage… If care is not taken, Ghana will be going straight into the Highly Intensive Care Unit (HICU).”

“I would also urge Mr. Minister [of Finance], to ignore the politics and save Ghana by seeking external help through the G20s Common Framework beyond the Debt Service Suspension Initiative (DSSI) in dealing with our debt overhang,” he added.

He also touched on the reversal of the reduction in benchmark values on some imported products and the increment in charges for government services by 15%.

Dr. Forson argued that the directive could affect the prices of goods and services in the country.

“The government proposes to reintroduce the full benchmark values and increase all public sector service fees and charges by15%. This will be inflationary. These proposed policy measures could increase prices of goods and services by at least 25% – 30%, and further increase the already high cost of living, rising unemployment, and poor economic growth.”

Minority Leader, Haruna Iddrisu had already given the strongest indication that the Caucus will vote against the 1.75% e-levy.

“Our concern is whether the e-levy itself will not be a disincentive to the growth of a digital economy in our country. We are convinced that the e-levy may as well even be a disincentive to investments and private sector development in our country… We in the Minority will not support the government with the introduction of that e-levy. We are unable to build a national consensus on that particular matter,” he said.

The Minister for Information, Kojo Oppong Nkrumah, also speaking in Parliament, justified the policy proposals in the 2022 budget indicating that particularly, the reversal on benchmark values for selected products is a measure to support Ghanaian industries.

About the proposed e-levy

The 1.75% tax on electronic financial transactions was proposed in the 2022 budget presented to Parliament by the Finance Minister, Ken Ofori-Atta, on Wednesday, November 17, 2021.

Ken Ofori-Atta was hopeful that the proposal would come into full force from February 2022.