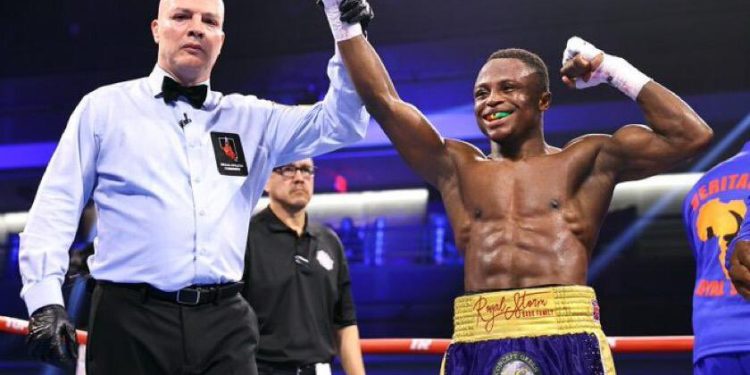 Ghana’s Isaac Dogboe’s hunt for a shot at the featherweight title was given a boost after he edged Puerto Rican boxer, Christopher Diaz, in their bout in Las Vegas on Saturday night.

The bout was the final undercard of the Terrence Crowford and Shawn Porter bout and it turned to be a very close encounter.

From the onset, both Dogboe and Diaz did not hold back and they went at each other seeking the upper hand and the chance to take the bout away.

It stayed close for most of the bout as the fighters kept slugging it out through each round of the stipulated 10 for the bout.

Ultimately, it was Dogboe who managed to eke out the win via the cards.

The victory was Dogboe’s 3rd on the bounce since he lost to Emmanuel Navarrete as he tried to get back his Super Bantamweight title.