Reflecting on cervical cancer this October and beyond [Article] 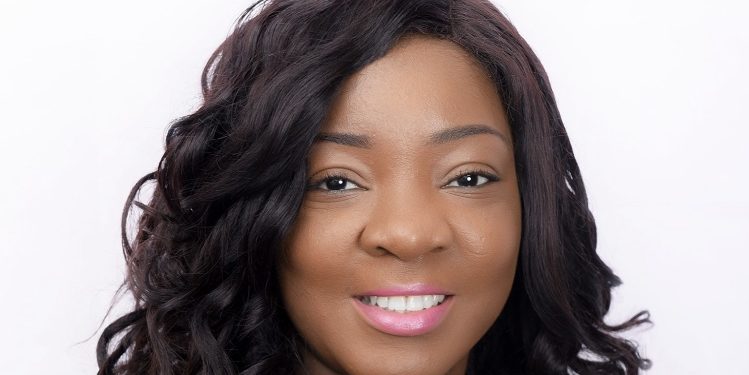 Certain diseases, just like other life experiences, seem so remote until they hit us hard and or unexpectedly. As the month of October is dedicated to creating awareness on breast cancer awareness, it is imperative to critically ration awareness to address the deadly cervical cancer robbing our women of the ability to bear children.

Cervical cancer is one of the diseases stealthily yet ruthlessly depriving many unsuspecting women of their wellbeing, happy relationships, peace of mind, and even their livelihoods.

Cervical cancer is a type of cancer that occurs in the cells of the cervix. The female reproductive system is made up of the uterus, fallopian tubes, and ovaries. The cervix is the lower part of the uterus that connects to the vagina. Research indicates that cervical cancer is the third most common cancer that affects women worldwide. It has been and remains the leading cause of cancer mortality among women in Ghana. How did we get here?

The awareness of cervical cancer in Ghana is low, causing over 90 percent of the cases presented in health facilities to have reached or nearly reached the advanced stage where the disease has already spread. Sadly, even though cervical cancer is preventable through early detection of precancerous lesions using Pap smear test, the patronage of this screening test is still very low in Ghana. Experts have found that the lack of a national policy on cervical cancer screening, the marital status of women (being in a stable sexual relationship or none), their level of satisfaction with the healthcare system as well as their level of mindfulness of their healthcare were associated with women’s interest in screening for the disease.

Cervical cancer is caused by Human Papilloma Virus (HPV), a sexually transmitted infection. There are over 100 types of Human papillomavirus (HPV) that cause infections in the reproductive system. Out of this, eight (8) of them are implicated in cervical cancer. HPV 16, 18,31,33,45,52,58,59 (high-risk ones). Studies point to 14 high-risk types which play a role in causing most cervical cancer;  HPV is very common, and most people with the virus never develop cancer. Therefore, though one can get infected with HPV, other factors such as your environment or your lifestyle choices also determine whether you will develop cervical cancer or not.

The human body is made up of cells. Cells in the body contain DNA which directs the cells as to what to do i.e. a cell’s DNA contains the instructions that tell a cell what to do. Cervical cancer begins when healthy cells in the cervix develop changes in their DNA. These changes misdirect the growth and behaviour of cells.  Normal healthy cells grow and multiply at a set rate, eventually dying at a set time. These changes, also known as mutations, tell the cells to grow and multiply out of control, and they do not die. The accumulation of abnormal cells forms a mass (tumour) that may grow bigger with time and eventually exceed their boundary. Cancer cells invade nearby tissues and can break off from a tumour to spread (metastasize) elsewhere in the body.

When exposed to HPV, the body’s immune system activates and typically prevents the virus from multiplying and causing harm. In a small percentage of people, however, the virus survives for years, contributing to the process that causes some cervical cells to become cancer cells (often after 10 years or more).

• Have you had early exposure to sex? Having sex at an early age increases your risk of HPV.
• Do you have an STI? Having other sexually transmitted infections (STIs) — such as chlamydia, gonorrhoea, syphilis, and HIV/AIDS increases your risk of HPV.
• Do you have a strong immune system? You may be more likely to develop cervical cancer if your immune system is weakened by another health condition and you have HPV.
• Do you smoke? Smoking exposes women to contracting cancer.
• Have you been exposed to a miscarriage prevention drug? If your mother took a drug called diethylstilbestrol (DES) while pregnant in the 1950s, you may have an increased risk of a certain type of cervical cancer called clear cell adenocarcinoma.

Early-stage cervical cancer generally produces no signs or symptoms. Affected women would not realize it as these changes in the cervix are microscopic and are not visible to the naked eye. They will be able to go about their normal activities. Early disease can be diagnosed with a pap smear and or an abnormal colposcopy.

However, in the latter stages of the disease, the patient will present with abnormal vaginal bleeding after intercourse, between periods, or after menopause. There is also the presence of watery, bloody vaginal discharge that may be heavy and have a foul odour (this odour is very peculiar to cancer of the cervix). Pelvic pain or pain during intercourse may also be one of the symptoms they may present with.

It is advisable for women who experience any of these abnormal symptoms to report immediately to the hospital to see a gynaecologist for thorough evaluation and examination.

Screening is done for sexually active women who are 21 years and above. If the results are normal, it is encouraged that women continue to undertake the screening every 3 years. It is also advisable that women who are high risk are also screened routinely for STIs.

Below are the types of screening available:

Receiving a vaccine to prevent HPV infection may reduce your risk of cervical cancer and other HPV-related cancers. The current vaccines available in Ghana are Gardasil and Cervarix. Vaccination is most effective before a person becomes sexually active. Both boys and girls can be vaccinated against HPV.

Here is a schedule:​​

•​1 month after the first shot

•​6 months after the first shot

Routine Pap tests can detect precancerous conditions of the cervix, so they can be monitored or treated in order to prevent spread of cervical cancer. Most medical organizations suggest beginning routine Pap tests at age 21 and repeating them every 3 years.

Practice safe sex, such as using a condom every time you have sex, and limit the number of sexual partners you have.

Don’t smoke. If you don’t smoke, don’t start. If you do smoke, talk to your doctor about strategies to help you quit.

Prognosis – A ray of hope

Routine testing is important for improving the outlook of women with cervical cancer. When the cancer is diagnosed early, it’s very treatable. For cervical cancer that’s diagnosed in the early stages, when it is still confined to the cervix, the five-year survival rate is 92%. Once cancer has spread within the pelvic area, the five-year survival rate drops to 56 %.  If cancer spreads to distant parts of the body, survival is just 17%.

Cervical cancer starts as an individual’s headache but it grows into a family problem and then snowballs into alarming global statistics and avoidable death tolls. It could be you, your mother, your sister, your spouse or potential spouse, your daughter, your employer, and the list goes on.

Dr. Nita Asamoa-Manu Gyimah is a Specialist Obstetrician-Gynecologist. She also provides quality healthcare education on childbirth, Obstetrics and Gynaecology through her show, Time with Dr. Nita. Contact her via email timewithdrnita@gmail.com