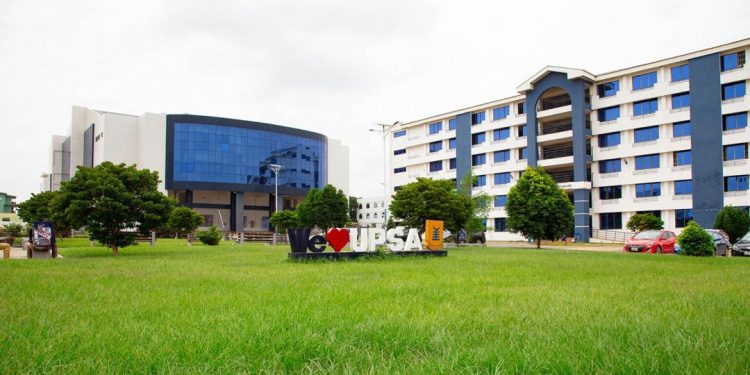 The University of Professional Studies, Accra (UPSA), has sacked two female students from the school’s hostel for allegedly engaging in what it described as “acts of lesbianism.”

The school insists the actions by the two students are against the university’s rules stated in its handbook.

This was contained in a notice issued on Tuesday, November 23, 2021.

“The two female students also engaged in sexual activity where they fondled each in acts described as lesbianism,” a portion of the notice said.

It added that it is awaiting further sanctions from the Management of the school.

“Engaging in acts of lesbianism is contrary to section 1.28.11(g) of the student handbook of the University of Professional Studies, Accra; 2018 and schedule G 8.3(23) of the statute of the university.”

“They have since been dismissed from UPSA Hostel, awaiting further sanctions from Management.” 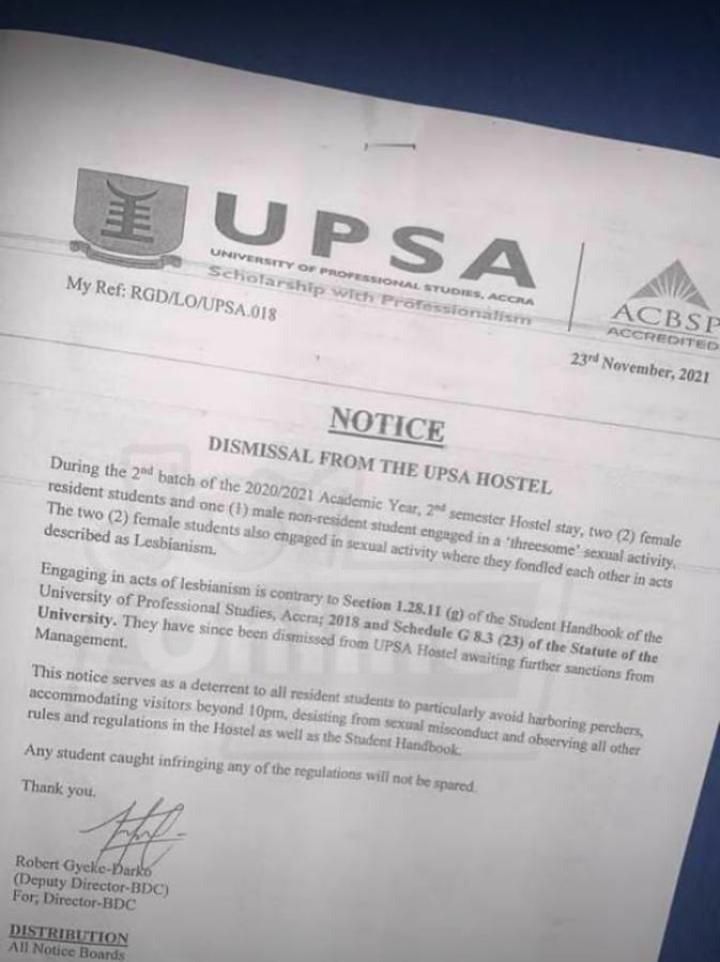 The issue of LGBTQI+ activities has been in the news lately following the submission of the anti-LGBQTI+ to Parliament by some MPs.

The controversial anti-LGBT bill has been topical, with various groups that are in support of the bill touting it as one that reflects the views of the majority of Ghanaians on the subject, while the groups against the bill described it as one that is in breach of human rights and against Ghana’s cultural values.

Meanwhile, the Constitutional, Legal, and Parliamentary Affairs Committee of Parliament considering the bill has temporarily suspended its public hearings on the over 150 Memoranda received on the bill.

The Committee is expected to give audience to the authors of the memoranda on the Promotion of Proper Human Sexual Rights and Ghanaian Family Values bill.

Closing the first session of public hearings on Thursday [November 11, 2021], Chairman of the Committee, Kwame Anyimadu-Antwi, cited time constraints as the reason for the suspension of the hearings.

“We haven’t finished with the public hearings. There are other memoranda that we have received, but we are constrained with time, and we cannot predict what time we would have to meet and continue,” he said.