There’s no ambiguity about status of Bawku overlord – Chieftaincy Minister 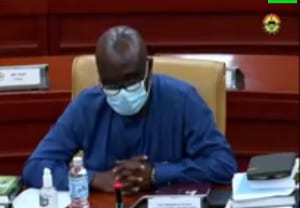 The Chieftaincy Ministry has described as unwarranted, current disturbances in Bawku.

This, according to the sector Minister, Ebenezer Kojo Kum is because there is no ambiguity about the status of the Bawku overlord which has become the root cause of the intermittent violence recorded in the area.

The community has seen renewed clashes triggered by various ethnic events since November.

In an interview with Citi News, Chieftaincy Minister, Ebenezer Kojo Kum indicated that persons with concerns should resort to appropriate quarters to have their grievances addressed.

“In the first place let us admit that there ought not to be any chieftaincy crisis in Bawku because as far as the status of the overlord of Bawku is considered, he is the actual Chief. The Supreme Court in April 2003 delivered the judgment, confirming that status. There should be no debate whatsoever about whom the overlord of Bawku is.“

“The situation we are experiencing is being caused by some recalcitrant persons who have set out to foment trouble,” he added.

The sector Minister however says security agencies should show no mercy in dealing with persons fomenting trouble as they have been engaged but to no avail.

“We have had a series of meetings, not all of them get into the public space. The Minister for National Security was present at the last meeting we held. So the parties’ claim that no one has met them yet is untrue.”

“There are also committees working behind the scenes. But if a group of individuals decides to take the law into their hands they will have to be made to face the full rigors of the law.  They can’t in one breath be engaging and in another breath be doing things that are untoward.”

On Monday, December 27, 2021, a renewed chieftaincy clash in Bawku led to the loss of lives and the destruction of property.

Before that, there have been sporadic shootings in parts of the town following attempts to perform final funeral rites for a Chief who died about 41 years ago.