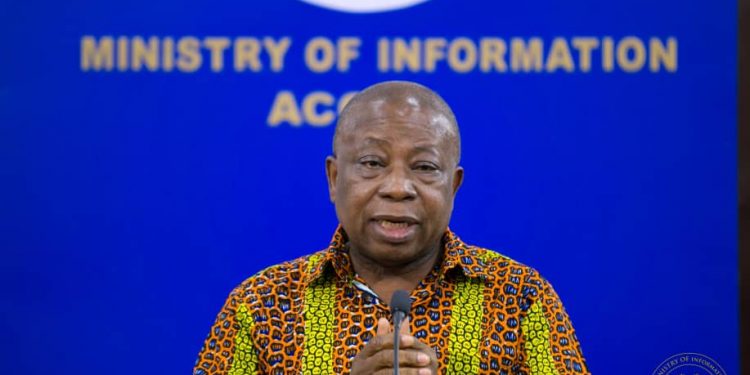 The Minister of Health, Kwaku Agyeman Manu, has refuted claims that the risk associated with the Covid-19 Vaccine outweighs the potential benefits.

The sector minister’s comment comes on the back of a petition by eleven medical doctors to the President to suspend the nationwide vaccination rollout which is aimed at preventing the spread of Covid-19.

In their petition dated Monday, January 10, 2022, the doctors, who identify themselves as Concerned Ghanaian Doctors, cited how the UK and Israel are still battling with the virus despite a high vaccination rate of their respective populations.

The petition has however been described as misleading by the Ghana Medical Association, GMA.

Reacting to the matter, the Health Minister, Kwaku Agyeman Manu implored the Doctors to produce scientific proof to back their claims.

Ghana’s vaccination efforts have seen 2.9 million of Ghana’s 30 million population fully vaccinated, while 6.6 million persons have received at least one dose of the vaccine.

The government declared December 2021 as the month of vaccinations, amid growing concerns of vaccine hesitancy among Ghana’s population.

This has been accompanied by vaccine mandates like the directive to all persons to be vaccinated on arrival at the Kotoka International Airport before they can be permitted to enter the country.

This has coincided with the emergence of groups kicking against vaccine mandates, citing the potential for fatal adverse reactions.