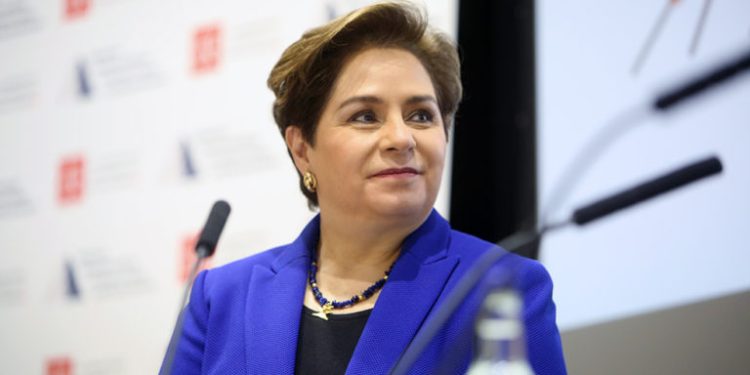 In an address to open Project Syndicate’s “Generation Green” event today, UN Climate Change Executive Secretary Patricia outlined urgent next steps that the international community needs to take to keep the Paris Agreement goal of limiting global warming to 1.5 degrees within reach, and build momentum ahead of the next UN Climate Change Conference COP27 in Egypt in November.

“The science is clear: we must see more climate action this decade if we’re to achieve carbon neutrality by 2050 and, ultimately, the 1.5-degree goal,” Ms. Espinosa said.

The remarks of Ms. Espinosa come one day ahead of the Ministerial meeting of the Major Economies Forum on Energy and Climate, a group of countries responsible for around 80% of global greenhouse gas emissions.

The call of the UN’s climate chief comes against a background of dire warnings from the scientific community, and accelerating climate change impacts. Several Latin American countries have experienced unprecedented heat this month, and Australia recorded its warmest day ever last week at an alarming 50-degrees Celsius.

With “climate change outpacing multilateralism,’ Ms. Espinosa stressed the need for the multilateral process to accelerate, calling on G20 nations, to “lead by example.”

Last year’s NDC Synthesis Reports prepared by UN Climate Change showed that countries are far away from the level of ambition needed to achieve the Paris Agreement goals. In response, a decision was taken at COP26 requiring all countries to come up with stronger plans on an annual basis, starting this year.

Ms. Espinosa highlighted the areas requiring specific progress in the lead up to COP27, including emission reductions, adapting to the impacts of climate change, and climate finance, with a focus on finance for adaptation. At COP26, governments agreed on the need to provide more support to developing countries and called for adaptation finance to be doubled.

Notwithstanding the onus on governments and the private sector to take urgent and immediate action, Ms. Espinosa stated that youth, observers and civil society have a central role to play on the road to and during COP27.

To keep the 1.5 goal alive, “everyone, across all walks of life, needs to understand the causes and impacts of climate change, and be educated and empowered to contribute to the solutions.”

She highlighted the importance of “generation green,” to keep the pressure on governments to make more and more ambitious commitments – and subsequently hold them to those commitments – and urged private industry to “reach for the highest possible climate action, not the lowest-hanging fruit.”

Traders oppose moves to get them off streets of Accra