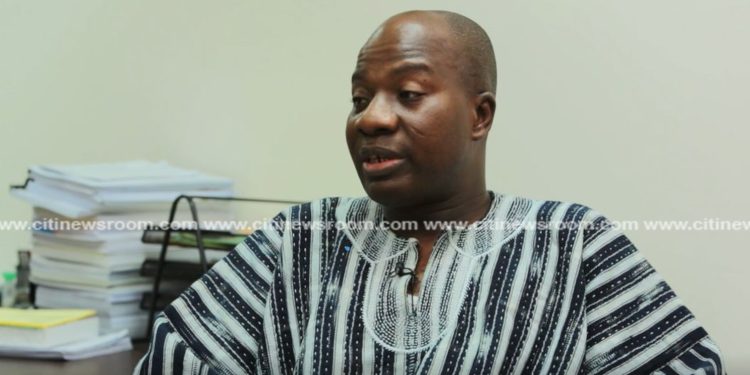 The Member of Parliament (MP) for Bawku Central, Mahama Ayariga, has alluded to how dangerous his constituency has become following protracted disputes in the area.

Speaking on Face to Face on Citi TV, the  Bawku Central MP advised non-residents and non-indigenes to as much as possible stay away from the area, as long as the tensions exist.

“For now, we have relapsed into a very bad situation. In all honesty, even I am very careful where I go in my own constituency. I don’t think it is advisable for someone who is not from there to come around.”

“Schools are not able to function, the market had been relocated as people do not feel safe anymore. People with shops are unable to open them. This has worsened the economic situation. Everything has come to a standstill,” he further lamented.

According to the Bawku Central MP, the Mamprusis tend to be politically aligned with the New Patriotic Party (NPP) while the Kusasis align to the National Democratic Congress.

“This [dispute] can be traced to their issues with Rawlings. They [Mamprusis] saw Rawlings as their problem, as he took away their rulership [and gave it] to the Kusasis and naturally went against whoever was with him. The Kusasis generally have aligned with Rawlings and the NDC.”

“So anytime the NPP is in office, the Mamprusis believe that their concerns need to be addressed because they are on their side. Anytime the NPP wins elections, there are people who re-instigate the issue, expecting that it will go in their favour.”

He further explained that suspected Mamprusis decided to re-instigate the issue, believing that the NPP government would side with them.

“They rose up and said they want to perform the funeral rites of the last chief who died before the PNDC overturned their rulership. This was a challenge because when a Chief is buried, what happens is another has to be enskinned. The Kusasis protested this. In any case, the person died 41 years ago and was a Muslim, and the burial was done right away.”

“They [Mamprusis] insisted that he is entitled to a traditional funeral. The government moved in and sent functionaries to stop the action, and even went ahead to get a Court injunction. Somehow, some instigators from North-East fuelled the issue by encouraging the performance of the funeral and put it on social media. They went ahead with the funeral anyway, and this heightened the situation.”

The MP posited that it is no longer tenable, that the Mamprusis will rule over the Kusasi area.

What can be done about the situation?

He reiterated that the issue can only be controlled by enforcing law and order.

He does not believe any administration or institution can resolve the dispute.

“Clearly, even the NPP government will not dream of solving the issue. This issue is not a chieftaincy matter. It is purely an issue of law and order. It is not a matter that can be litigated before any institution. Neither can it be solved by any government.”

“It will require that the state will be heavy-handed in its dealings with the security issue in Bawku. No one should be able to go on air and say things that will instigate people to violence and walk home freely. We cannot even allow people to do this on social media and get away with it. The National Security should go after these people, make examples of them so that these people will see how serious our security forces are. The state should have the capacity and sophistication to track anyone found culpable.”

He also called for military reinforcements in the area to help bring the situation under control.

“We need more soldiers. The military contingency there is not big enough, and so the boys in the town have developed a mechanism for monitoring them.”

“Firing normally takes place around the entire city and not in the centre. That is the formation, and with the size of the military, they are unable to be positioned all around.”

Meanwhile, President Akufo-Addo is urging the feuding factions in the Bawku chieftaincy dispute to cease-fire and dialogue.

The President says resources spent in maintaining law and order in Bawku could be used to develop the area.

He made the call at a meeting at the Jubilee House with the Bawku Naaba and some elders of the area on Tuesday.

The tensions have led to several persons being wounded and a few deaths, including a police officer.

Recent tensions can be traced to December 27, 2021, when there was gunfire in parts of the town after attempts to perform the final funeral rites of a Chief who died about 41 years ago.