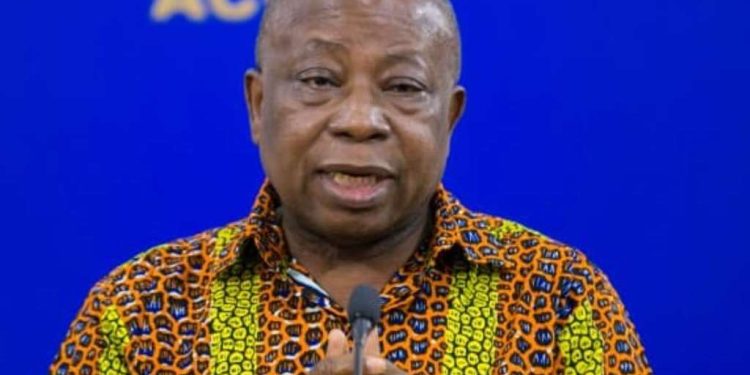 The Health Minister, Kwaku Agyemang Manu, has given assurances that the construction of the La General Hospital will commence this year.

The hospital was closed down in March 2020 to pave the way for its redevelopment due to the dilapidated nature of the structures.

Two years on, work at the project site is yet to see any significant progress.

But speaking at a media engagement in Accra, the Health Minister said the work had been delayed due to the COVID-19 pandemic and other documentation issues in China.

He however said most of the hurdles have been cleared and the contractor is currently on site to begin work.

“We had cause to pull down the hospital because it was cracking and we were scared that there could be a disaster. After that, we awarded the contract, we went through regulatory processes but we faced challenges with COVID and some insurance challenges in China that stopped us from working. Now they [contractors] are back on site and the last time they were looking for a road that will help them pull their heavy equipment to site.”

Kwaku Agyemang Manu said the contractor is however undertaking other projects in Shama and at the Korle-Bu Teaching Hospital which are also ongoing.

Many residents have complained about the slow pace of work at the site over a year after President Akufo-Addo cut sod for the construction.

The Member of Parliament for the La Dadekotopon Constituency, Rita Odoley Sowah, also recently expressed disappointment that work has not begun on the redevelopment of the La General Hospital since the old structure was pulled down.

The project is being financed by a credit facility a from Standard Chartered Bank of the United Kingdom, with an export credit guarantee from Sinosure of the People’s Republic of China, to the tune of €68 million with an insurance cover of €3,860,349.18.

The project will be undertaken by a Chinese company, Poly Changda.

Upon completion, it will be transformed into a 160-bed facility and will be fitted with an outpatient department; inpatient wards; maternity and neonatal services; surgical unit with four theatres; accident and emergency department; public health department; pharmacy unit; laboratory; administration; imaging area, with CT Scan, X-ray room, ultrasound, fluoroscopy, mammography units; physiotherapy unit; and a mortuary.

The facility, which was formerly known as the La Polyclinic, was established in the early 1960s.

It mainly served residents of La, Osu, Teshie, Nungua and its surrounding areas with their healthcare needs.

Akufo-Addo owes no one explanations for sacking GACL MD – Tampuli