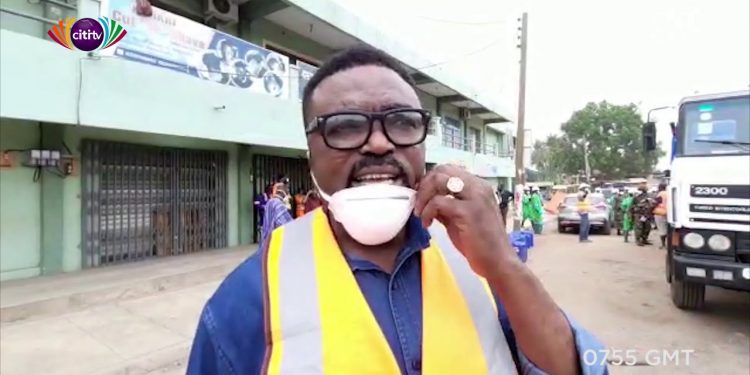 The Ga West Municipal Assembly wants the police in the area to adequately probe issues relating to land guards.

According to the assembly, it is not relenting in its efforts to bring sanity in the process of acquiring lands in the municipality.

Speaking to Citi News after an exercise to elect executives for the Ga West Municipal Chiefs and Queen-Mothers Association, Chief Executive for the assembly, Clement Wilkinson, stressed the need for individuals to go through the right processes when acquiring lands.

“When they are arrested, we try to ensure that they are processed for Court. The Police and the community need to deliberate on such issues. The Police should check with community members also when such issues are brought to them to ascertain what the issues really are.”

The activities of land guards have become a burden for many looking to acquire lands, particularly in the national capital, Accra.

In the Central Region, for instance, over 2,000 salt producers say they have lost their businesses after they were attacked by suspected land guards at Dampase in the Gomoa East District over a boundary dispute.

Properties running into thousands of Ghana cedis were damaged in the attack.

The salt producers have threatened to fight back if authorities fail to address their concerns.

The Lands Commission has said it will fully implement the Land Act 2020 and its provisions.

The Act prescribes a minimum five-year jail term and a maximum 15-year sentence for persons acting as land guards.

Those who engage the services of same in Ghana also fall foul of the law.

Zongo communities not being discriminated against – NIA to concerned group