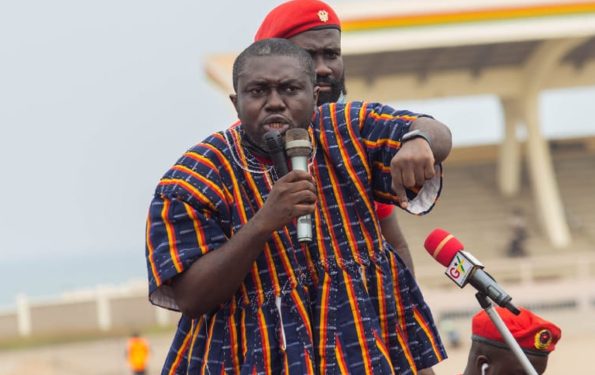 The Ashaiman District Court, presided over by Mrs. Eleanor Kakra Barnes-Botchway, has expressed worry about the prosecution’s delays in moving on with its case against #FixTheCountry convener, Oliver Mawuse Barker-Vormawor.

The social and political activist reappeared in the District Court on Tuesday, March 29, 2022, following his bail from police custody granted by the High Court.

The prosecution, however, led by ASP Sylvester Asare Esq., prayed the court to grant an adjournment to enable them “put their house in order”.

Not impressed by the prayer, the Presiding Judge warned that she would be compelled to take steps on the case if the prosecution continues to drag its feet.

The court also observed that Mr. Barker-Vormawor’s Bill of Indictment had not been presented before it.

It consequently, adjourned the matter to April 26, 2022, believing that all outstanding concerns would be addressed by then.

Oliver was arrested on February 11, 2022, over claims that he had threatened to cause a coup if the government went ahead to pass the controversial E-Levy.

The Tema High Court had earlier granted Mr. Barker-Vormawor bail in the sum of GH¢ 2 million with two sureties.