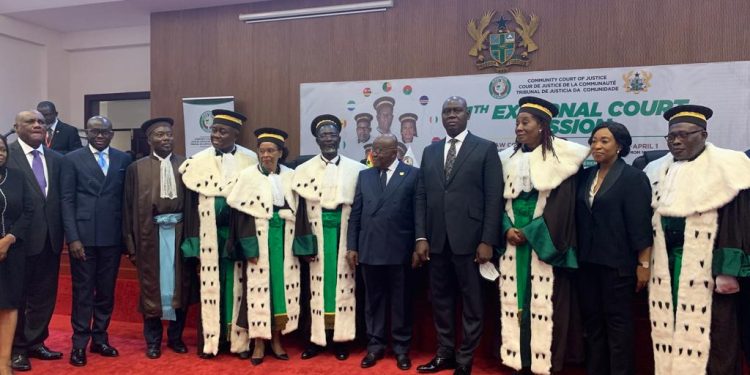 The ECOWAS Community Court of Justice (CCJ), has opened its 11th External Sittings in Accra with a sharp focus on the Court’s jurisdiction.

It is expected to, for the very first time, hear cases and give rulings and judgments from Monday, March 21, to Friday, April 1, 2022, in Accra. 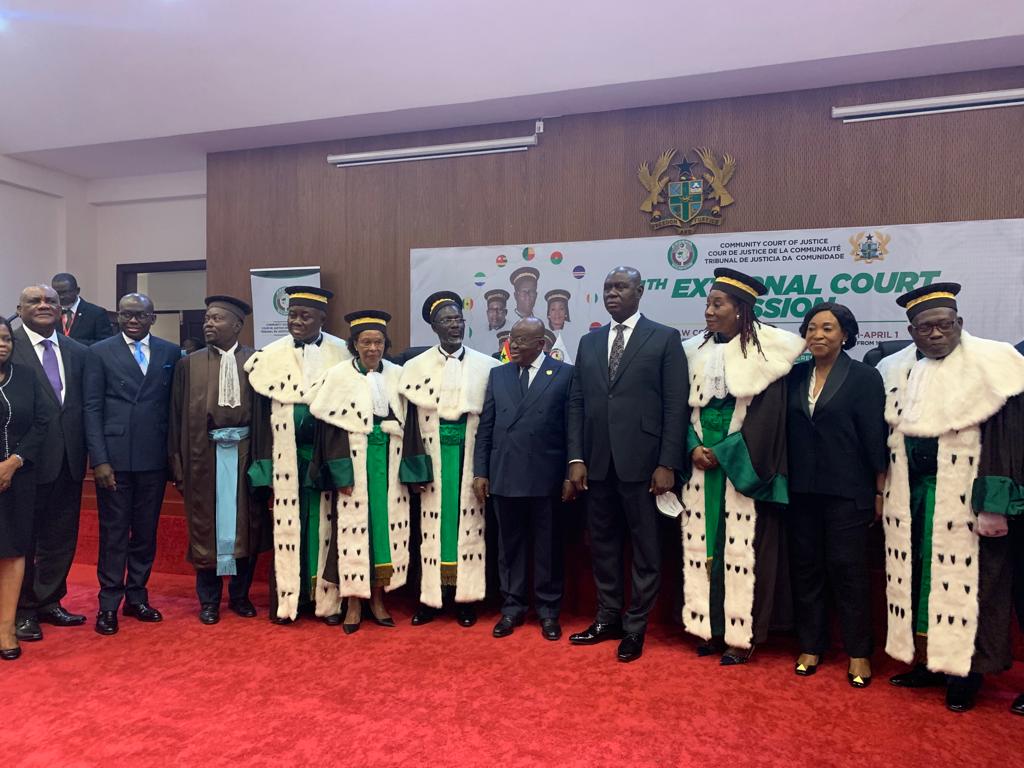 The essence of the external court sessions, away from its seat in Abuja, Nigeria, is to, inter alia, bring justice closer to community citizens who cannot afford the cost, logistics and inconvenience of travelling to its seat; to enable judicial dialogue with national courts of member states; and to create awareness on the competence, mandate, Practice and Procedure of the Court.

Predicated upon, Article 26(2) of the 1991 Protocol on the Court, the two-week Accra external Court session will hear sixty cases and deliver five judgments, some of which emanate from Ghana on alleged human rights violations.

Jurisdiction of the Court

Ghana’s Attorney-General and Minister for Justice, Godfred Yeboa Dame, while commending the expansion of the Court’s original jurisdiction, observed that “the future of the Court as an instrument for integration across the ECOWAS Community remains in doubt”.

He attributed his observation to “the fact that dockets of the Court contain few cases, if at all, involving tariffs, trade barriers or other integration law issues.

Instead, they are dominated by suits by individuals and non-governmental organisations alleging human rights violations,” a situation he described as a “rather downside”.

He called for “a strategy for boosting the number of cases invoking the court’s jurisdiction on account of migratory issues, non-tariff and other unfair trade measures adopted by countries in the West African Community as part of a broader strategy to enhance the court’s originally conceived role as an engine for integration.”

Ghana’s Attorney-General and Minister for Justice also noted with worry, “that both the 1991 Protocol and the 2005 Supplementary Protocol [establishing the Court] omitted the requirement to exhaust domestic remedies before invoking the jurisdiction of the ECOWAS Court”.

He maintains that the situation “poses a grave danger to the survival of the Court as it brings the Court into potential political conflict with domestic courts of member states.”

Mr. Dame says, “the time has come for an amendment of the Protocols establishing the ECOWAS Court to incorporate a requirement for exhaustion of domestic remedies as a precondition for access to the Court.”

President Akufo-Addo, who is also Chairman of the ECOWAS Court of Justice, also notes with worry ECOWAS citizens’ right of access to the Community Court without first exhausting all domestic remedies.

The President observed that the move has the tendency of obviating the authority of the Court. He calls for a review of the provision.

Chairman of the ECOWAS Authority of Heads of States and Governments, Nana Akufo-Addo in his opening address also lamented the spade of coup d’états ravaging through the West African sub-region in flagrant disregard of ECOWAS protocols.

Though the sub- regional protocols provide against unlawful takeover of political power, President Akufo-Addo notes that the security situation within the sub-region is regrettable.

He warns that the Authority of Heads of States and Governments of ECOWAS will not relent in its application of available sanctions against member-states where political power is taken without regard to the domestic constitutional order.