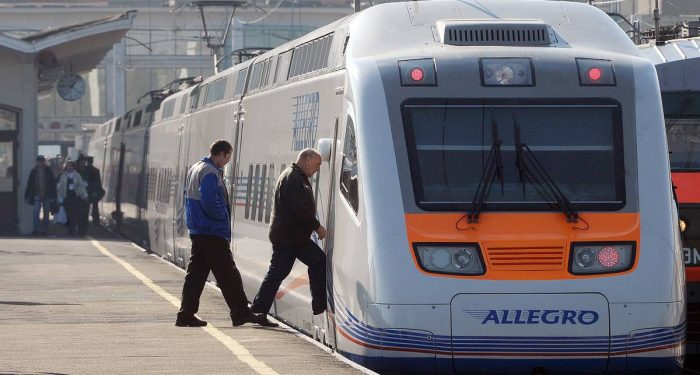 Finland’s national railway operator will suspend services between Helsinki and Saint Petersburg in Russia on Monday, closing one of the last public transport routes to the European Union for Russians.

Given sanctions on Russia, the operator VR had been directed by the state that it was no longer appropriate to run the service to Saint Petersburg, known as the Allegro, its head of passenger traffic Topi Simola said in a statement on Friday.

“So we are suspending the traffic for the time being,” Simola said.

Trains from Russia to Finland’s capital Helsinki have been full of Russians since the invasion of Ukraine, which Russia calls “a special operation”, began and mutual airspace closures cut off flight connections between Russia and the European Union.

The border between Finland and Russia remains open for crossings by private car.

Finland’s minister in charge of state holdings Tytti Tuppurainen told the country’s largest daily Helsingin Sanomat that one of the reasons for maintaining the train services until now was to allow Finns living in Russia to return to Finland.

“Now it is evident that the situation has changed for the Allegro (trains) and the continuation of Allegro traffic is no longer appropriate from the point of view of the state owner,” she told the paper.

Tuppurainen was not immediately available for comment when contacted by Reuters.