RTI: Information on economy topped list of requests made in 2021 – Oppong Nkrumah 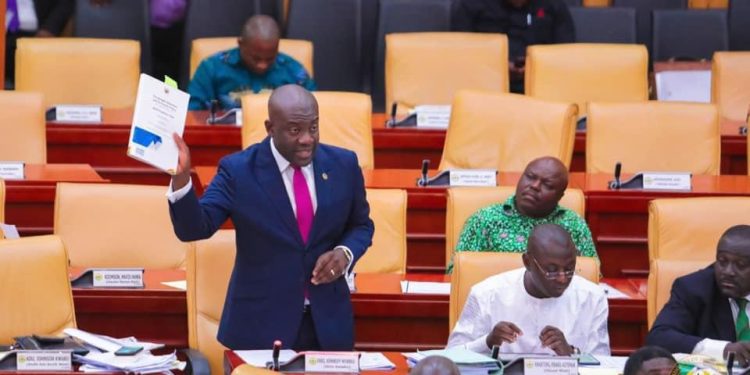 The Minister of Information, Kojo Oppong Nkrumah, has said following the operationalization of the Right To Information Law (RTI) Act, requests for information from public institutions have increased, with the majority of requests focusing on the economy, making it the topmost on the list.

According to the sector minister, who doubles as the Member of Parliament for Ofoase-Ayirebi, 233 information requests have been filed so far.

Responding to questions on the floor of Parliament from colleague MPs on Tuesday, March 15, 2022, the Minister said; “24 of the requests were received for the ministries and agencies related to the Finance sector, 22 of them were on public safety, 21 of them were on the social services sector, 10 were on the administrative sector, that is the Attorney General’s department, Information Ministry, and other administrative departments. 8 of them were focused on the infrastructural sector, that is, roads and related sectors.”

“Mr. Speaker, in 2021, 51 of the requests were focused on the economic sector, 29, were on the infrastructure sector, 27 were on the administrative sector, 19, on the social services sector. 2022 is still just around the 1st quarter. By the time I return to the chamber, I’ll bring that report.”

The RTI Act was introduced in 2019 to help give access to information in the public sector as it is the constitutional right of citizens and fosters democracy and transparency. It began operation in January 2020.

Foreign influences on coups in Africa cannot be overemphasized – Akufo-Addo

Foreign influences on coups in Africa cannot be overemphasized - Akufo-Addo