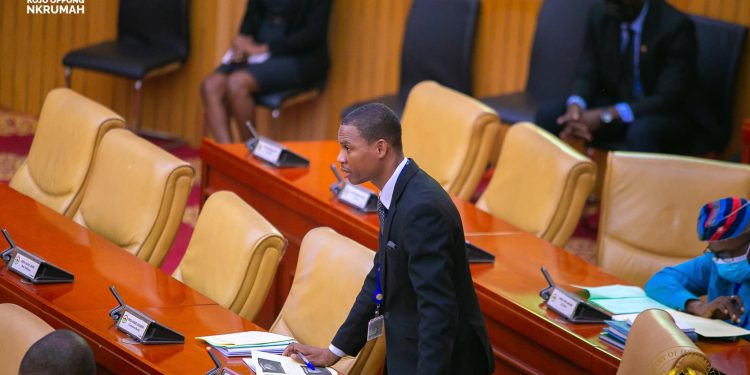 The Deputy Ranking Member on the Constitutional, Legal and Parliamentary Affairs Committee of Parliament, Francis-Xavier Sosu says President Nana Akufo-Addo’s approval of the Electronic Transfer Levy (E-levy) is an act of lawlessness.

The President assented to the E-levy Bill on Thursday, despite a challenge at the Supreme Court by the Minority in Parliament against the passage of the Bill.

Speaking to Citi News, Mr. Sosu said the act by the President serves as disrespect to state institutions.

“It is quite disappointing that the President being very much aware that the process leading to the passage of the Bill is a subject matter of a challenge at the Supreme Court will go ahead and assent the bill to become law. It is also a stab of the claim of the President to be an ardent adherent to rule of law and due process.”

The Minister of Finance, Ken Ofori-Atta, has downplayed the lawsuit filed by the Minority in Parliament over the passage of the 1.5% electronic transfer levy.

Mr. Ofori-Atta who moved the motion for approval of the levy indicated that the claims are not factual.

The President, Nana Akufo-Addo, signed into law the E-levy, two days after it was passed by Parliament under controversial circumstances.

His action now paves the way for the implementation of the levy.

his came barely a day after some three members of the Minority NDC in Parliament filed a suit at the Supreme Court to challenge the passage of the levy, insisting Parliament did not have the numbers to pass it.

“I believe that, the claim of someone who is an ardent follower of democratic processes, belief in independent institutions must reflect in how things are done. So once the Bill has been passed in ways that have been challenged before the Supreme Court, one will have expected that the President abides by the decision of the Supreme Court before assenting to the Bill”, Mr. Sosu added.

Parliament passed the E-Levy in the absence of the Minority MPs, who had walked out before the Bill was seriously considered.