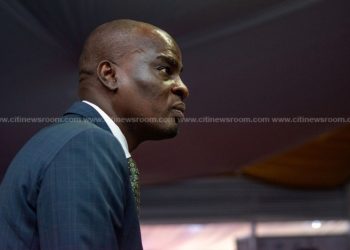 The Minority in Parliament wants President Nana Akufo-Addo to, as a matter of urgency, revoke the Executive Instrument (E.I 144) declassifying portions of the Achimota Forest Reserve.

The Minority in a statement said the decision to declare a part of the forest no longer a forest reserve, is dangerous and does not reflect the objective of keeping the only green area in the capital city.

“Any decision by the government to reclassify it as a commercial/residential zone, even if only a part of it, will not serve the ecological value effect but on the contrary jeopardize the essence of the forest as a reserve area and will open it up to further abuse and non-ecological use,” it added.

“It is our belief that if any part of the Achimota forest is released to any original owner and committed to any use either than its present use, it will set in motion a catalytic action of demands for the return of whole or parts of the about 265 Forest reserves across the country to original landowners.”

The Minority rejected the Lands Minister, Samuel Abu Jinapor’s justification for the declassification of the forest saying, “The vain assurances of the Minister for Lands and Natural Resources must be viewed only as a smokescreen to obfuscate the fact of the intention to compromise the integrity of the forest and to rape the land. those assurances could only have been taken seriously if the EI 144 that declared the cessation of parts of the forest as no more a reserve was not issued.”

“In fact, the Minister in his attempt to seek solace in the calculated actions of the previous NDC government to preserve the forest as a carbon sink asserts in parts that “On 5th September 2013, the then President of the Republic, H.E. John Dramani Mahama, gave Executive Approval for the conversion of the Forest Reserve into an Ecotourism Park, and to release the peripheral portions of the Forest Reserve to the Owoo Family, in accordance with the recommendations of the Committee.”

The Minority indicated that the previous NDC government under President Mahama, “with a good conscience”, signed an agreement with Aikan Capital Ltd to create, develop, operate and maintain a world-class ecological park as a top eco-tourist destination worldwide.”

The Caucus further explained that the move was aimed at not only guaranteeing the integrity of the forest but also creating employment opportunities for Ghanaians as well as generating more income for the Forestry Commission.

“Therefore the latest dangerous, reckless, and or possible self-seeking decision of the Akufo-Addo/Bawumia Government cannot and should not be misconstrued as a continuation of the previous government’s policy.”

“The President should as a matter of urgency take a second look at EI 144 and revoke it as soon as possible. Obviously, this will negatively affect the carbon dioxide present in the atmosphere in Ghana’s capital city,” it demanded.

The minority’s reaction comes after it emerged that President, Nana Addo Dankwa Akufo-Addo, has signed an Executive Instrument (EI) to declassify portions of the Achimota Forest as no longer a forest reserve.

A copy of the document, which has gone viral, said the president is satisfied that the land specified is no longer required as a forest reserve and has indicated that the ecological integrity of an adjoining forest reserve should be protected.