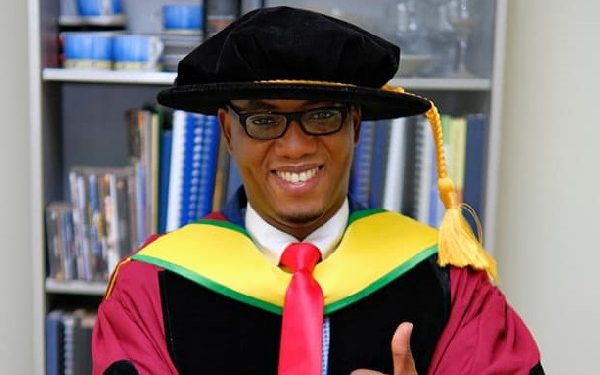 Criminologist and lecturer at the Kwame Nkrumah University of Science and Technology (KNUST), Dr Jones Opoku Ware is calling on the Ghana police service and other security agencies in the country to take urgent steps to address the allegations of extrajudicial killings.

According to him, working to deal with these incidents will help rebuild public confidence in State security agencies, especially the police.

Speaking on The Big Issue on Saturday, Dr. Opoku Ware said the current situation is worrying.

“Everyone in the country must be worried about what is going on, but I’m not surprised because if you look at the history of the police, there have been incidents of this nature, and it shows a certain pattern. The security services and the State must look at this and nip it in the bud,” he said.

Earlier this week, residents in Nkoranza embarked on a campaign to demand justice for one Albert Donkor, who they said was arrested from his home around midnight by police and killed shortly after he was whisked away.

The residents said the incident occurred after the deceased had said in public that he identified a police officer among a robbery gang that robbed travellers including him days earlier.

The police in a statement however said the deceased was a robbery suspect.

While some youth in the area were protesting at the police station in the community over the alleged killing, the police opened fire on them killing one youth and injuring many others.

Prior to that, the police in March 2022 was criticized after announcing that two robbery suspects in their custody had been killed in a shootout after leading officers to a criminal hideout.

According to security analysts, such incidents has eroded the confidence many people have in the police.

Dr Opoku Ware says the police appear to have developed inertia in investigating its officers any time allegations of crime are levelled against them, but that must be checked to build public trust.

“This is a credibility crisis that our police service is facing. When crimes are perpetuated by the police, there is some kind of inertia in investigating their own people and bringing their people to book. This creates a deficit in terms of their integrity and because of this lack of accountability over the period, there is a loss of trust for the police among citizens,” he noted.