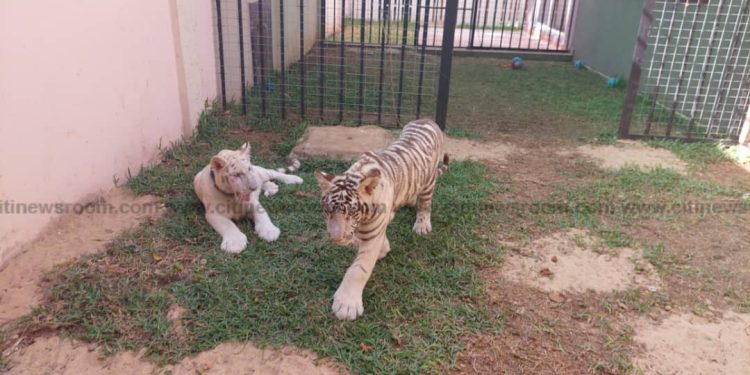 Officials of the Wildlife Division of the Forestry Commission say the two tigers belonging to business mogul, Nana Kwame Bediako, popularly known as Freedom Jacob Caesar, pose no threats to the inhabitants of the estate.

Some residents at Wonda World Estates, Avenue Lincoln near the British High Commission at Ridge in Accra, had expressed worry over the presence of the two tigers at the estate.

They claimed they are not comfortable sharing the estate with the carnivorous animals and have called on appropriate authorities to relocate them.

Meanwhile, speaking to the media on Friday, May 20, 2022, the Director of Operations at the Wildlife Division of the Forestry Commission, Luri Kanton, indicated that “the tigers are safe, healthy and well protected and relocation will be done after investigations”.

After visiting the premises of the Wonda World Estate where the tigers are being kept, Mr. Kanton told the media that “a new structure would’ve to be constructed at a new location before the relocation of the animals could be done”. 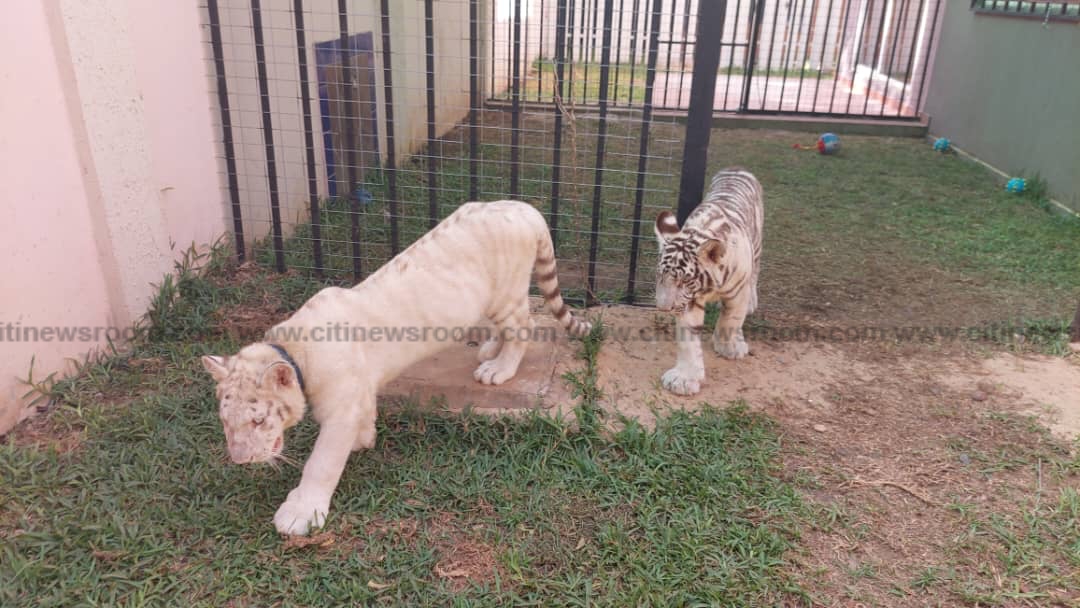 This he noted, will take about two months.

Meanwhile, Samuel Tiwonitaaba Kuteba, the trainer of the tigers, said the animals have been declawed and are under strict veterinary guidance.

He debunked rumours that the animals were smelly and dangerous to residents.

Freedom Jacob Caesar had explained that he brought the animals in a bid to boost Ghana’s tourism.

“First, it is right, I have two tigers that I bought on a bid between Ghana and Dubai. I was the representative from the private sector that initiated my interest in purchasing these two animals. But we did go through the process, the animals are seven months old, still at the very young stage.”

“I went in to buy these animals to add the value of tourism in our country. I wanted to go into the Safari World by making sure that Ghana becomes the first country in the whole of West Africa, East Africa, and Central Africa, except for South Africa, which has these animals.”