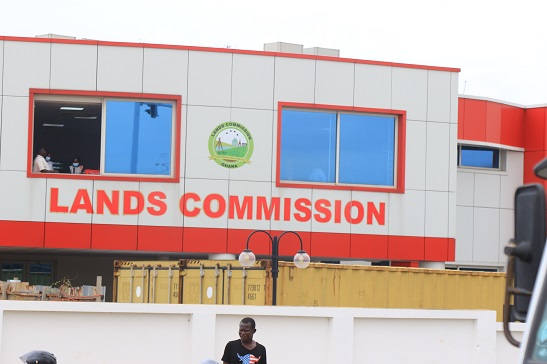 The government says there are no records at the Lands Commission to support claims that the late former Chief Executive Officer of the Forestry Commission, Kwadwo Owusu Afriyie, also known as Sir John, acquired portions of the Achimota Forest Reserve land under contention.

The Commission made this known when officials of the Lands and Natural Resources Ministry paid a working visit to the Greater Accra Regional office of the Lands Commission to assess the damage caused by Saturday’s floods.

Speaking to the media, the Executive Secretary of the Lands Commission, James Dadson, and the Deputy Lands Minister, Benito Owusu-Bio, both noted that such reports are inaccurate.

“There is nothing in our records concerning that. What you read is what I have read. We don’t have anything recorded here for Sir John as far as our records are concerned,” James Dadson said.

A purported copy of the will of the late Sir John has been widely shared on social media which sees him bequeathing portions of lands he has in the Achimota Forest to a relative.

The development has sparked anger among many Ghanaians with many taking to social media to express their disappointment over the fact that the former Forestry Commission head apportioned to himself part of the forest.

Sir John also disclosed in the will that he also owned land at the Ramsar area in Sakumono in Accra.

The revelations in his will come at a time the government is giving portions of the Achimota Forest land supposedly to its original owners.

Amidst the public outrage about Sir John’s supposed will, the  Ministry of Lands and Natural Resources says it has requested all documents related to the land in question as part of an inquiry to ascertain the veracity of the claims.

Portions of the will that saw Sir John will lands he possessed in the Achimota forest to relatives showed that was a beneficial owner for some of the properties.

Parts of his will which has been circulating on social media reads: “I give my land situate at the Achimota Forest in the name of Jakaypro Limited and measuring 5.541 acres to the following persons forever.

It continued: “I give my land also situate at the Achimota Forest in the name of Fasoh Limited and measuring 0.987acres to my nephews Michael Owusu, Yaw Boadu and Kwabena Amoateng forever.”

The will further states: “I jointly own a piece of land at Achimota Forest with Charles Owusu. Upon my demise, my portion of the said land should be given to Ruth Korkor Odonkor.”

“I give my portion of land that jointly own at the Achimota Forest in the name of DML Limited to Elizabeth Asare Boateng who at the time of making this will is domiciled in the USA forever.”