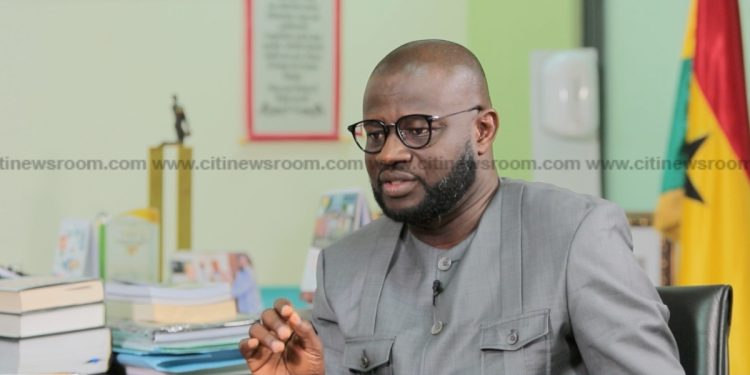 The Majority in Parliament has reiterated its position that government is not deliberately frustrating the business of the house through the non-release of monies due it.

Majority Chief Whip, Frank Annoh-Dompreh insists some funds have been made available to the house for parliamentary work.

This follows the outburst of the Speaker of the House, Alban Bagbin over what he revealed as government’s failure to release monies allocated to Parliament.

He indicated that the house received only GH¢7 million out of GH¢54 million of its allocation for the first quarter of the year 2022.

“Sometimes you are compelled to speak to facts and put matters in proper perspective. On the matter of the release of funds to Parliament, we thought that it was a bit far-fetched and with respect, if the Speaker had exercised a bit of restraint, probably he wouldn’t have made those comments”, Frank Annoh-Dompreh explained on Citi TV‘s Face to Face show on Tuesday.

Alban Bagbin, laments the dire financial constraints Parliament is currently facing, emphasising the fact that, he had stopped approving financial commitments of the house due to the constraints.

He specifically, called out the Minister for Finance for starving the House of funds.

The Majority maintains that GH¢25 million had been released to Parliament, with steps being undertaken to clear any further outstanding arrears.

“The majority leader had made it clear to me that, a day before the Speaker would make those pronouncements, the leader had spoken to the Chief Finance Officer and clerk of Parliament about the ongoing processes.”

“It was a work in progress, so the monies were released that day, it could not have been the case that it followed the complaint made by the Speaker. Had that not been the case, there was no way, the money could have hit the account the same day because the process had kick-started”, Frank Annoh-Dompreh disclosed.

The Speaker has expressed displeasure with the utterances of some leaders of the majority group in relation to the seeming financial crisis of the house.

But Frank Annoh-Dompreh assures that the caucus is still determined to support the Speaker in matters of interest of the house.

“If the communication had gone well where the Clerk had carried the Speaker along, probably, the Speaker wouldn’t have gotten that emotional about it.  I am not putting out any hand of defense. This is Parliament, and it’s an arm of government. We shouldn’t be seen to be supporting acts that undermine the authority and functions of Parliament. We would support the Speaker as long as it’s not about drama and politics. “