The Police Service says it cannot provide protection for persons planning to picket at the Ghana Broadcasting Corporation and the Police headquarters in Accra.

According to police, the protesters intend to contract a private security company to protect them during the three-day protest starting on June 4, 2022.

The police named Okatakyie Afrifa Mensah, Captain Godsbrain Smart, Benjamin Darko and the embattled Oliver Barker-Vormawor as being part of this group.

Mr. Barker-Vormawor has, however, responded to these claims on Social Media, describing them as “fake news.”

The police statement was released ahead of a press conference by #FixTheCountry Movement on alleged extrajudicial killings by police.

Elaborating on this at a press conference, Mr. Barker-Vormawor said the police service’s comments on the matter were misleading.

“There is an intentional element of trying to create the impression that obviously these people are committed to a coup,” Mr. Barker-Vormawor said.

Mr. Barker-Vormawor is also facing charges of treason felony after he made comments on social media that were deemed to be a coup threat.

The police claim that “at the Ghana Broadcasting Corporation (GBC), they [the group] will demand to speak directly to the nation on GTV and layout their grievances.”

The police thus said, “the nature and character of the demonstration, as intended, is inconsistent with the Public Order Act.”

“We are therefore unable to provide security for a demonstration which is in flagrant violation of the Public Order Act, 1994 (Act 49) and has the potential to result in a breach of public order and public safety.”

The police service says it has reached out to the organisers of the protest and urged them to reconsider their protest.

“We wish to assure the public that in the interest of public safety and security, the police are putting in place all necessary measures to ensure that unauthorised persons do not march the streets with weapons.” 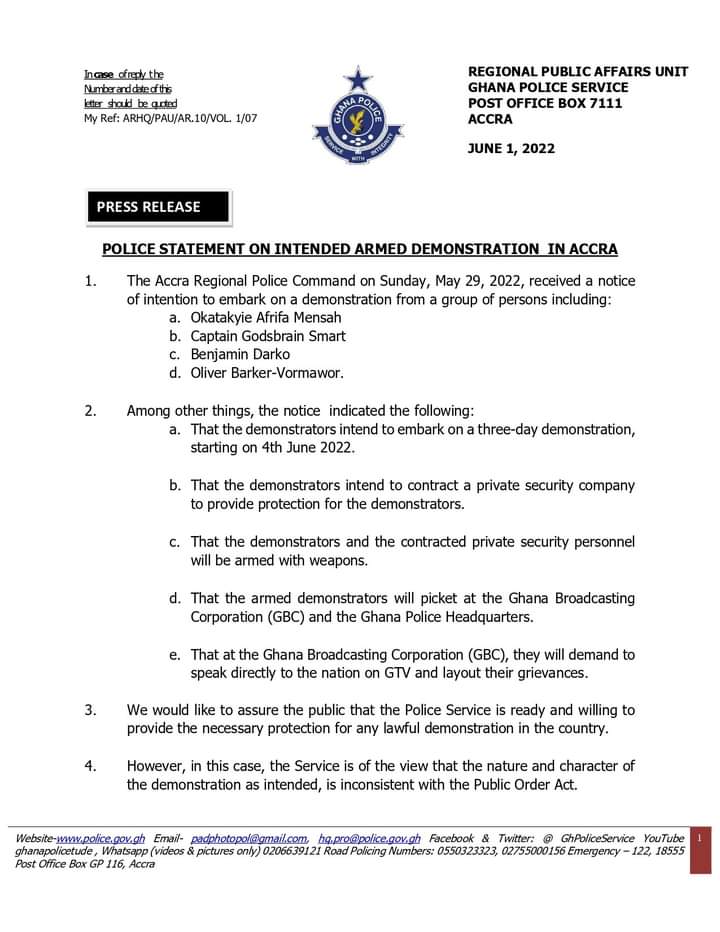 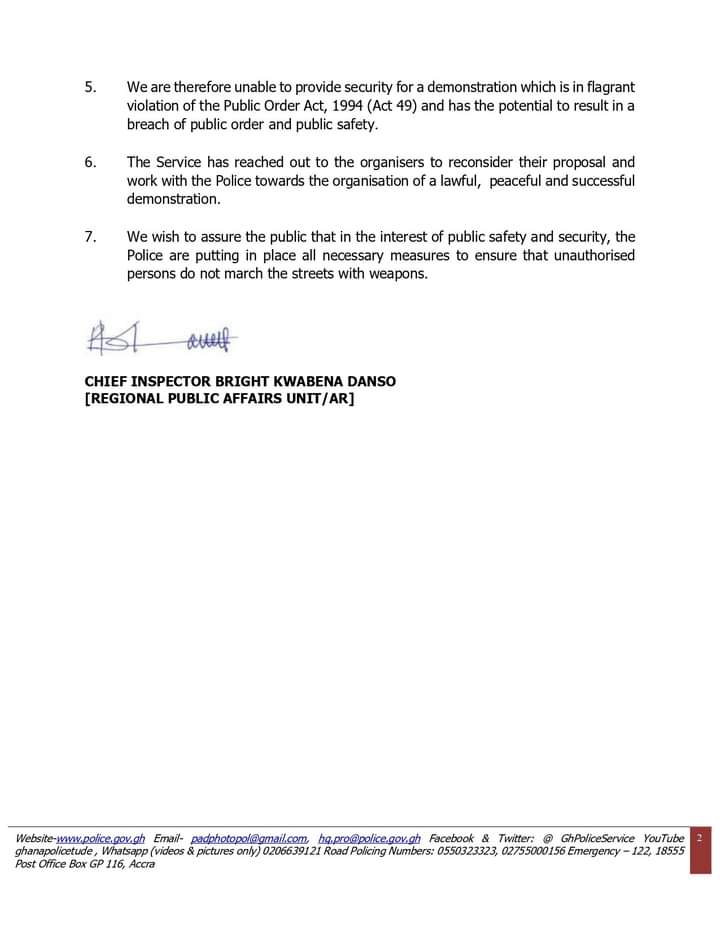