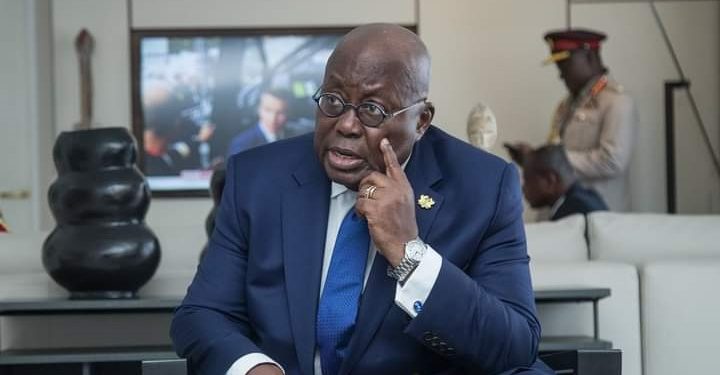 ECOWAS leaders are meeting in Accra to, among other things, elect a new Chairman.

President Nana Addo Dankwa Akufo-Addo, after serving two consecutive terms, will bring his tenure to an end after today’s meeting.

Opening the ongoing summit, Nana Akufo-Addo said he did his best to serve the region during the period amidst difficult times.

He expressed his appreciation to leaders in the sub-region for their support and cooperation during his tenure, indicating that his leadership period was one of the most trying periods of the body.

He however pledged to continue supporting ECOWAS after exiting his position as its chair.

“I will at the end of this summit conclude my tenure as chairman of this authority. It has been a great privilege for Ghana and myself to have been given the opportunity by you to serve this noble organization for two consecutive terms, particularly at one of the most trying periods of its history. I have benefited tremendously from the solidarity of your excellencies in the discharge of this difficult mandate which you have conferred on me, for which I am very grateful. I will continue to play my full part to the best of my ability in the work of the authority,” he said.

President Akufo-Addo was first elected Chair of the 15-member ECOWAS in September 2020 by the 57th Ordinary Session of the Authority.

He replaced President Mahamadou Issoufou of the Republic of Niger, who steered the activity of the Authority for a year.

Heads of States of the Authority at its extraordinary session held on February 2, 2021, via videoconference decided by general consensus that President Akufo-Addo continues as ECOWAS Chairman for one more year.

Established in 1975, ECOWAS is a regional group for promoting economic integration in all fields of activity of the members.