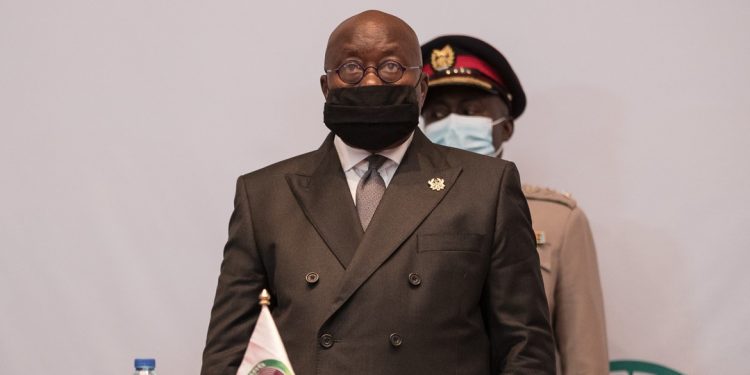 President Nana Akufo-Addo has called on members of the Economic Community of West African States (ECOWAS) to strengthen their country’s security systems in the face of terrorist attacks.

Nana Akufo-Addo notes that the threat of terrorism, which has expanded from the Sahel to the coastal countries within the region, makes it crucial for leaders to implement and coordinate security initiatives.

Speaking at the 61st ECOWAS Ordinary Session in Accra, Nana Addo charged the leaders not to relent in their effort in fighting terrorism.

“Our region continues to be the target of the indiscriminate and barbaric terrorist attacks, resulting in the loss of many innocent victims and the deterioration of the humanitarian situation in the targeted countries. These terrorist attacks are now not only focusing on the Sahel, but also expanding to the coastal states in our region. Faced with this constant terrorist threat, it is imperative for us to continue to implement our regional action plan against terrorism and coordinate our various initiatives. This will reinforce our collective response to these destabilizing threats. Our determination in this area must be stronger than ever,” he said.

Ghana’s security agencies have been put on high alert over threats of terrorism in the country.

The government said several efforts are underway to ensure that the country is protected from any form of attack following reports that terrorist groups are looking to expand southward, with countries such as Ghana in focus.

“Government is announcing that it has put its security and intelligence agencies on increased awareness following the increasing number of terror threats and attacks and some worrisome intelligence report closer to our borders… As recently as the 10th of May in 2022 in Togo, about 10 military persons died as a result of one such terrorist attack,” the minister for information Kojo Oppong Nkrumah said in May 2022.

Judiciary not beyond criticism, there’s room for improvement – GBA

Judiciary not beyond criticism, there’s room for improvement - GBA