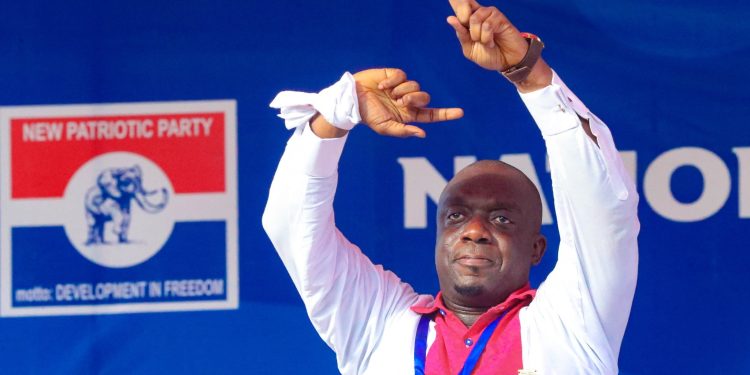 “Like the five fingers of the human hand, we can best function when we work together. I, therefore, entreat all and sundry to put on their boots and reach out to the nooks and crannies of the country in our bid to recapture lost parliamentary seats and secure another victory in 2024,” Mr. Kodua said in a statement.

Justin Frimpong Kodua defeated the former General Secretary of the party, John Boadu to emerge as the new chief scribe for the governing party during the NPP’s national delegates conference held over the weekend.

He won with 2,837 votes against his main contender, who polled 2,524 votes during the election.

Mr. Kodua urged the defeated aspirants to set aside their “differences and work towards achieving the common goal of winning the 2024 elections.”

“I salute all contestants for their bravery and tenacity. Indeed, the journey across the country was no easy task. More importantly, there are no losers and winners in the dictionary of the NPP as we remain the offsprings of a single womb. Let us, therefore, put aside the little differences that arose during the campaign and electioneering period, work together and make history in 2024.”

He also pledged his commitment to working with other elected executives to restructure the party in response to concerns raised by the party’s grassroots.