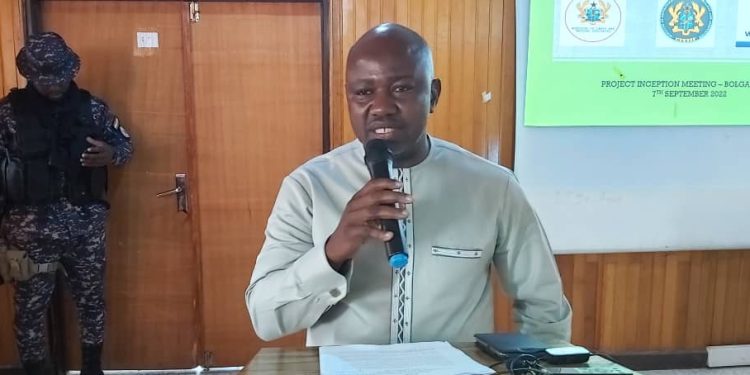 Mr. Tika said some questionable attitudes displayed by some chiefs and MMDCEs show that they are deeply involved in illegal mining, thus making the fight against the menace difficult.

Speaking to Citi News in Bolgatanga, Mr. Tika, expressed worry over the galamsey menace on the environment.

“The biggest challenge is the people’s attitudes and selfishness. Some of our MMDCEs and traditional leaders are all part of this illegality that we are looking at. We (Minerals Commission) know some of the DCEs who are engaging in this illegality, and they are not helping the government. They are not helping the Minerals Commission to do its work.”

“If you are the one overseeing the development of your area, and you want to be selfish, selfish in the sense that, you want to engage in galamsey with the people,  you allow people to go and mine because you know you are going to benefit from that, you are doing great harm to your people. And I want to appeal to the MMDCEs, I want to appeal to our traditional authorities to ensure that” the fight against galamsey becomes successful.

Mr. Tika, however, reiterated government’s commitment to fighting the menace through the use of technology.

He said, government has deployed drones and tracking devices to curb such activities.

Mr. Tika, admonished stakeholders to work in synergy in making the Ghana Landscape Restoration and Small-Scale Mining project a success.

The project is aimed at re-claiming degraded mining lands.