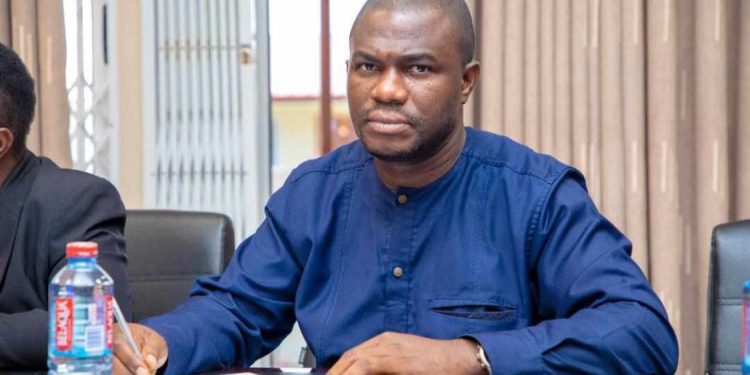 Three teacher unions have declared a strike to demand the removal of the newly appointed Director-General of the Ghana Education Service (GES), Dr. Eric Nkansah.

This comes on the back of the expiration of an ultimatum the teacher unions gave the government to rescind its decision on Dr. Nkansah’s appointment.

Addressing the media, President of GNAT, Rev. Isaac Owusu said they will not call off the strike until government addresses their concerns.

“It is unacceptable for a banker to be appointed as a Director-General of the Ghana Education Service instead of an educationist at the same time when many teachers who did the same courses and related ones were rejected by GES because it is not related to education.”

“We stated that both the Ministry of Education and the Ghana Education Service should apologize to teachers for accepting the very qualifications they rejected when teachers presented them…We have been compelled under the current circumstances to publicly communicate to Ghanaians on our intention to go on strike, having reached the November 4 deadline we gave the government. Consequently, we have decided to embark on strike from today, Friday, November 4, 2022. By this, we are informing the general public that we are withdrawing all our services in all the pre-tertiary institutions,” he added.

The unions, since the appointment of Dr. Eric Nkansah on October 19, have opposed the move, arguing that the new GES Director-General does not qualify to occupy the position.

But the Minister of Education, Dr. Yaw Adutwum had defended the appointment saying that the accusations of the teacher unions were unfounded.

Meanwhile, the Ministry of Employment and Labour Relations has invited the striking teacher unions to a meeting today.

A statement signed by the Minister of Employment and Labour Relations, Ignatius Baffuor Awuah explained that the meeting is to help “find [an] amicable resolution to the impasse.”

Clear your goods within 7 days – GRA to importers

Xavier Sosu arrested for driving in middle of the road

Xavier Sosu arrested for driving in middle of the road