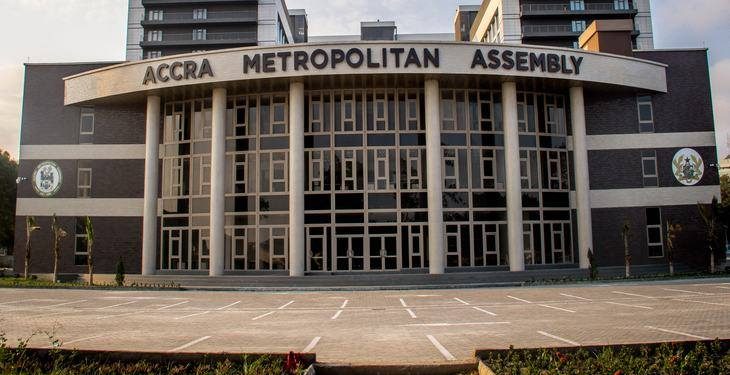 Over a hundred illegal structures on a storm drain at Kofikrom in the Okaikoi South sub-metropolitan district of the Greater Accra Region have been earmarked for demolition by the Accra Metropolitan Assembly (AMA) to avert perennial flooding.

The move follows an order from the La magistrate court after a series of engagements between Public Health Officers and squatters to vacate the area failed.

According to the AMA, the activities of the squatters pose danger to public safety, hence the need to pull down such illegal structures.

Speaking with Citi News, the Public Relations Officer of AMA, Gilbert Ankrah explained that, “as part of measures to ensure that we avert flooding within our catchment area, we are supposed to continuously distil our drains within the municipality, and these particular structures that we are talking about are situated on one of the storm drains.”

“Because of their activities, it’s quite difficult for the Assembly to embark on distilling, hence the need to move in there to deal with the issue. We wouldn’t know what will happen if it rains heavily. If you look at the structure, it’s a linking road”.

He added that a team from the Assembly has since engaged the affected squatters.