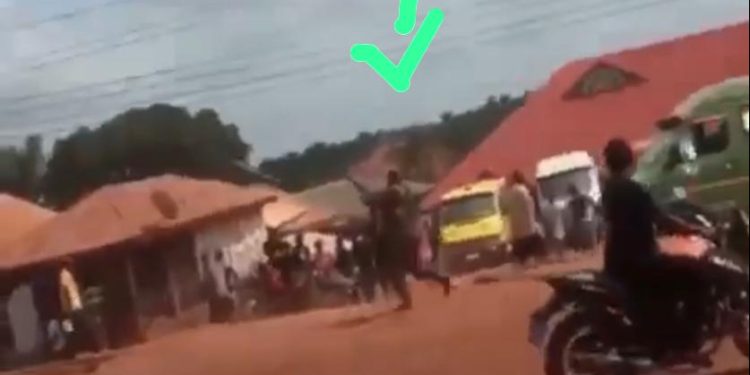 A nursing mother has reportedly been killed by a stray bullet from a military officer’s gun at Manso Datano, a mining community in the Amansie South District of the Ashanti Region.

According to eyewitnesses, the residents were performing the final funeral rites of an illegal miner who fell into a pit and died after being chased by some military officers three months ago.

At the funeral grounds, some mourners allegedly blocked routes, angering military officers who were passing by at the time.

In their attempt to disperse the crowd, the soldiers fired warning shots, which ended up hitting the nursing woman who was passing by.

Residents have since intensified calls for authorities to withdraw the military deployment in the area following the death of the nursing mother.

The Director of the National Disaster and Management Organisation (NADMO) for the Amansie South District, Edward Oduro Nsiah speaking to Citi News said the deceased nursing mother has been taken to the Komfo Anokye Teaching Hospital morgue.

Minority initiates another motion for vote of censure against Health Minister