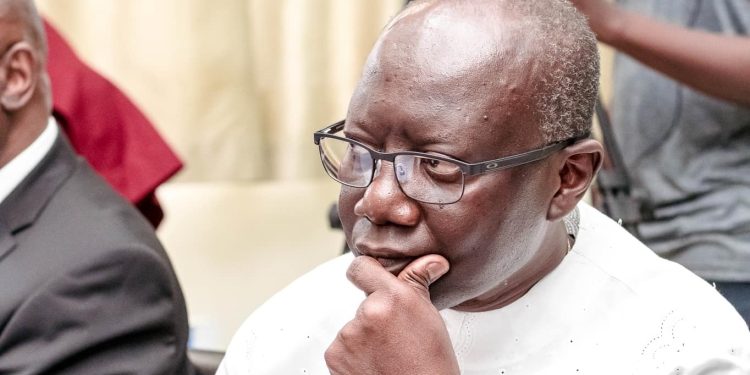 Finance Minister, Ken Ofori-Atta, has indicated that the government through the Development Bank Ghana (DBG) will invest GH¢50 million in the agricultural sector as part of a broader plan to bounce the Ghanaian economy back and set it back to its pre-COVID-19 levels.

Mr Ofori-Atta made this known when he addressed Parliament on Thursday, November 24, 2022, during his presentation of the 2023 Budget Statement and Economic Policy.

According to the 2020 Population and Housing Census, more than three million Ghanaians of 15 years and above are involved in the agricultural sector, cultivating staple crops, tree crops and forest trees or engaged in aquaculture and traditional fishing.

The contribution of the agricultural sector to the Gross Domestic Product (GDP) has increased from an average of 2.8 percent over the four-year period ending 2016 to a four-year average of 5.8 percent in 2020.

Last year, the sector contributed 8.4 percent to the value of goods and services produced within the country.

The Minister explained that the sector is the backbone of the Ghanaian economy, hence, it is only prudent government channelS enough resources towards it.

He said the government over the years has chalked so many successes within the sector, notably through the introduction of flagship programmes such as the Planting for Food and Jobs (PFJ) and the Rearing for Food and Jobs (RFJ) and will continue to roll out more interventions in the sector to boost food production and create jobs for the youth who want to venture into agriculture.

He called on farmers to take advantage of the intervention to make decent incomes from farming and improve their standard of living.