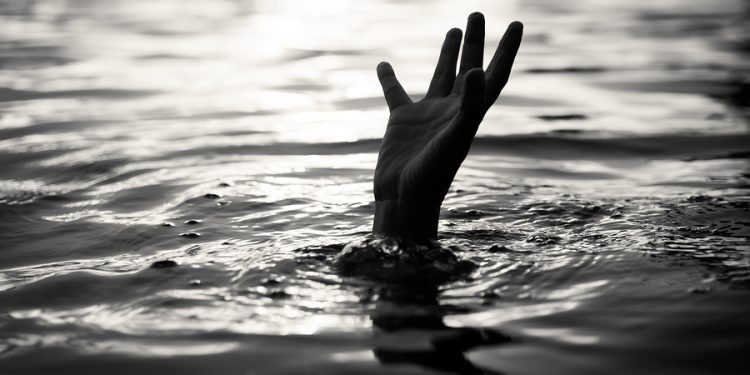 In January 2003, we heard the sad news of the death of the 15-month-old daughter of our former deputy Black Star defender, Sammy Kuffour. It was reported that she died in a swimming pool in their house. She was said to have been left unattended to by the house attendants.

That was a very tragic incident. We were all sad. The news was all over. Major sports outlets like Sky Sports in the United Kingdom and the likes reported the unfortunate situation. Sammy had to leave camp immediately and come home in a chartered jet, all the way from Munich, Germany.

Why was the little girls’ case very much reported and published by various national and international media houses? Sammy Tuga, in my opinion, is arguably the best centre-back that Ghana has ever produced. He was then playing for one of the traditional big teams in Europe, Bayern Munich.

He was and is a superstar by all standards. So every news about him travels far. In a related news but much more recently, we were hit by the unfortunate death of the son of a Nigerian superstar, Davido. The report had it that the little boy was found dead in the swimming pool in their house, he drowned. Nothing could be done to save the life of this innocent soul, very sad. Apparently, his parents had left him in the care of their domestic workers. Yes, we heard of his death because Davido has served us with beautiful tunes. We got to know about the unfortunate incident because of the social status of Davido. But what about the other children who have suffered similar catastrophes but were not heard of? And yes, there are many like that. Those children who were innocently playing football and fell into a pit dug by a neighbour which was never covered and was filled with dirty rain-water, et cetera.

In my line of work, I have come across several catastrophes of equal proportion involving children, mostly from very endowed neighbourhoods in Accra, Ghana. In fact, in the last few weeks, there have been two incidents that I am aware of. The first case, apparently had gone to a party in a neighbour’s house. At a point the child could not be found, they looked for him everywhere, and he was later found in the pool of the neighbour. He was pronounced dead on arrival at the hospital. Nobody knew at what point he went to the pool site whiles everybody was upstairs merry-making.

It is common knowledge that during such functions, parents tend to forget about or lose sight of their children, especially when they become engaged in deep conversations with their old-time friends. Parents sometimes will just say oh, let the children have fun. Children, especially under the age of five years, are exploratory so they will take the opportunity to look around.  In fact, they don’t know the word DANGER. As someone will put it, “DANGER is not in their dictionaries”.

The other case, happened in their own house, this past Saturday, apparently in a swimming pool which had been drained but with the recent rains had accumulated some significant amount of rainwater. The mother said she called him but he did not respond so she decided to go and look for him. She went out to the compound but he was not there and something told her to go the pool side and low and behold the child was in the pool head-down, motionless. The poor mother jumped in the pool and brought him out and started to perform cardiopulmonary resuscitation (CPR) (she tried to restart the heart of the boy by compressing on the child’s chest, at where the heart is located and also breathed into his lung). Fortunately for him and the family, he was revived by that act of the mother. But even that, at the hospital he had severe difficulty in breathing and was initially very weak, not responding appropriately to the questions of the doctors and the nurses. He had to be given oxygen. At a point, his body temperature went very high so he had to be administered antibiotics for fear of him contracting an infection from the ‘dirty pool water.’

He was finally discharged from the hospital the following day to the amazement of his parents and everyone.

Water is very good for the existence of mankind; without it we are nobody. Water is life as the saying goes. From our humble beginnings in our mothers’ womb, we are surrounded by water. If that water breaks too early whiles we are in the womb the doctors and midwives will have to hasten to bring us out, else, we may not survive. Most part of our body is water. The freshly-born baby may have as high as 70 to 85% of their body composition to be water: depending on how too early or late he or she is born. About 55% adult female’s body is made of water, while the adult man has about 60% of his body composition being water. Water views are said to be therapeutic. Water sports like swimming and diving entertain us. We use water in our daily life for drinking, washing, etc. The familiarity with water perhaps makes it difficult for us to perceive it as dangerous.

According to the World Health Organization (WHO), “Drowning is the process of experiencing breathing difficulty from submersion/immersion in liquid.” It can lead to death, and permanent injuries, like brain damage or no injury. The severity of the outcome mostly depends on the duration of the submersion. No one is drown-proof, drowning is not a respecter of colour or age.

It can be very fast and silent. It can take as little time as 20-60 seconds. According to the WHO, globally, drowning is the 3rd leading cause of unintentional injury death. It is responsible for about 7% of all death due to injuries. Annually, about 240,000 people die due to drowning. More than 90% of those who drown are from low-and middle-income countries (LMIC) like Ghana, and Ghana ranked 93rd in the 2020 Drownings Deaths published by the WHO.

These numbers might not represent the true reflection of the reality on the ground as most of these data are obtained from hospitals or health care settings in LMIC, and rural drownings may not be officially accounted for. Furthermore, drownings that happen as result of suicide, homicide or natural disasters may be reported under these categories in the Death registries of a particular country.

Children, males and people who live around water bodies or have increased access to water are more prone to drowning. Most fatal cases of drowning are seen in younger children, aged between one and four years.  In LMIC drowning is found more in people of lower socio-economic backgrounds and with lower levels of education. Furthermore, drowning in the rural population is more likely to occur in rivers, dams, lakes and the sea. However, in high-income countries like the United State of America (USA), drowning in infants mostly takes place in bathtubs and for children younger than 14 years, they are likely to drown in swimming pools, this seems to happen among children from an affluent background in Ghana (anecdotal). In fact, an infant or a young child can drown in as little as 2.5cm of any liquid. Most drowning in children happens during the day as there is a lack of supervision by parents or adults. Adolescent children are likely to drown during recreational activities under the influence of alcohol. Some also do drown from suicidal attempts.

What can be done to prevent drowning in children?

Drowning has not been given the attention that it deserves in LMIC due to other more pressing healthcare needs of the population. For example, in Ghana, diseases like malaria, diarrhoeal diseases and pneumonia together with problems of newborn infants contribute to the proverbial “lion’s share” of the causes of death in the country. However, unlike these other conditions that are challenging to control and as such reduce their impact on child deaths, drowning is a very preventable phenomenon. There are proven measures that if put in place and monitored will go a long way to improve the casualties due to drowning. Some of these measures are:

In conclusion, drowning in children can be very devastating and have profound effects on the family. There might not be enough time to save the drowning child, as such, all efforts should be directed toward prevention. Parental undivided, uncompromised attention and 360-degree supervision when children are within the vicinities of body of water as well as government policies and law enforcement on environmental modification will can go a long way to help prevent unwarranted death of a loved one.

Kojo Ahor-Essel is a Paediatrician with the Department of Child Health, Korle Bu Teaching Hospital and a Member of the Paediatric Society of Ghana