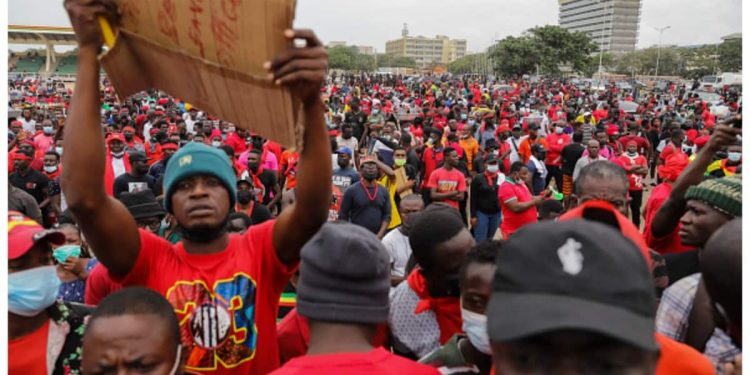 Pressure group, Justice for Ghana has called off its decision to embark on a nationwide protest today, Tuesday, December 6, 2022. The group intended to protest the economic hardships in the country.

This comes after the Ghana Police Service went to court to prevent them from picketing.

In a statement, Justice Ghana expressed disappointment in the bad faith exhibited by the Police and the attempt to curtail their democratic right to picket.

“In view of the utmost respect that we have for the Court and its processes, the Leadership of Justice for Ghana has taken the very difficult and painful decision to put on hold our intended public action pending the hearing of the injunction application on Thursday, 8th December 2022.

“We take the opportunity to reaffirm our commitment to the democratic ideals of our constitution and hope that justice will prevail in this matter and that our right to picket is respected by the State.”

The group had intended to picket from November 15 to 17, 2022 at the Revolution Square right opposite the Jubilee House, but the Ghana Police Service sought an injunction on the event on the basis that the venue poses a national security threat.

The Police argued that per the National Security and the Police Security Intelligence assessment, there were reasonable grounds that converging at the Revolution Square, will endanger public safety and violate the rights and freedom of other persons.

But the High Court has ruled in favour of the police and asked the group to instead picket at Independence Square.