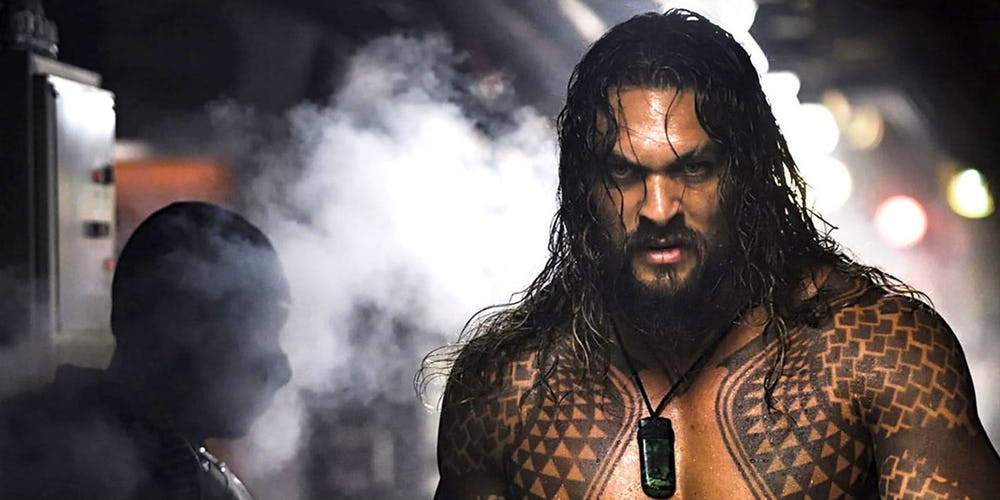 Positive early reactions from an Aquaman test screening point to a bounce back for Warner Bros. and DC Films. After Wonder Woman was universally praised, the expectation was that Justice League could continue to send the DC movie universe in the right direction.

The movie was instead plagued by a Frankenstein edit, production drama and tragedy, and continues to be a major topic of conversation. The studio has a yearlong wait between that and their next film, that being James Wan’s Aquaman.

Unlike most of the previous DC productions, Aquaman has continued on without much worry. For many moviegoers, Jason Momoa’s portrayal of Arthur Curry was one of the highlights of Justice League.

That should give Aquaman a decent starting base when it comes to attracting audiences, but so far the general public is still waiting on the trailer.

There’s been footage to debut at cons already, and now a select few have seen a version of the movie.

Warner Bros. held a very early test screening today for Aquaman on their studio lot, and while those in attendance are not allowed to publicly reveal their thoughts, third-parties can. Batman-News shared some of the early reactions they’ve received, with both individuals noting an action-heavy and emotional film.

While the details aren’t great, the general reaction most definitely is. WB is very much in need of another win when it comes to their DC lineup, so any early positive buzz is good news.

Hearing that it is action-heavy falls in line with what some actors involved have described, such as Yahya Abdul-Matteen II as Black Manta.

The emotional part is where Aquaman could help separate itself from being another middle-of-the-road comic book movie.

The best ones typically have some dramatic weight to them, and having an emotional story should help accomplish just that.

This is however a very early version of whatever Aquaman will be when it hits theaters in December. Principal photography wrapped in October of last year, so planned reshoots are surely still to come.

The feedback from today’s test screenings could go a long way in determining what to change, but also what not to.

That said, test screening reactions are not always the best way to gauge if a movie is actually going to be good. Over six months before it hit theaters, Batman v Superman: Dawn of Justice infamously received a standing ovation during WB’s executive early screening.

In the case of Aquaman, a quiet production featuring great talent is enough of a reason to be excited, so these reactions are a nice reminder of that if nothing else. Now we just have to hope the actual film delivers.