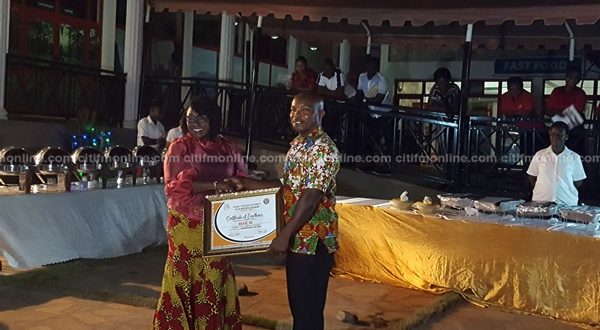 Former Deputy Minister of Tourism, Dzifa Gomashie has called on workers in the tourism and hospitality industry in the Volta Region to promote the cultural heritage of the region by encouraging visitors to learn the basics of the Ewe Language.

She suggested exposing tourists to the artifacts that identify the uniqueness of the region.

Madam Gomashie was speaking at an annual award ceremony held over the weekend by the Ghana Tourism Authority to celebrate hardworking workers in the Volta Region’s hospitality and tourism space.

She stressed the need to preserve and promote the unique culture of the people.

“I am encouraging us not be too consumed with the appreciation for other people’s way of lives and their languages but also as you learn other people’s language, teach yours as well. If we stop speaking the language, we lose the culture because the culture is carried through the language. In every country whose language you don’t even speak, you are forced to learn ‘Hello’ or ‘Thank you; once you get in there, you learn a word or sentence. It is the same concept; it is the way in which you do it that is going to make people love it as part of the package or culture in the hotel,” she said.

Extolling the enviable tourism potential of the region, the former deputy Tourism Minister also called on the media to support the campaign of making the Volta Region a major tourism destination in Ghana. “My own thinking is that, we call the Volta Region, the rainbow region because we have every tribe in this region.  The topography is very different from any other; we have the savanna, the beach, and the forest areas. The way, in which the region changes from Aflao through Ho to Amedzofe, it’s something that I can tell a story with, I can write about in poetry and songs. So we need the media to tell these stories.”

It was a night of beautiful performances and display of the rich culture of the Volta Region.

Kuul FM, Ho was named tourism-oriented Media House of the Year while Saviour Sika of Kyabobo National Park was adjudged Site Guide of the year.