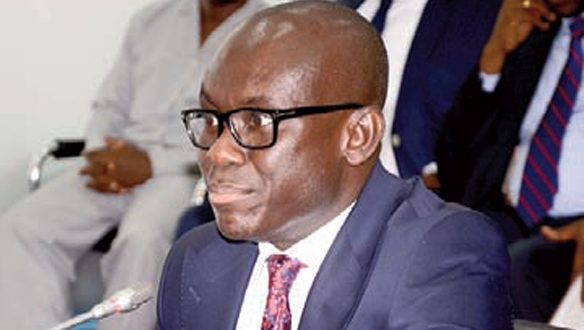 A Deputy Attorney-General, Godfred Dame, has given some indications the government intends to further pursue the case of the legitimacy of Exton Cubic Group Limited’s permits to prospect in the Nyinahini bauxite concession of the Tano Offin Forest Reserve.

This is after an Accra High Court on Thursday overturned the decision by the Minister of Lands and Natural Resources, to revoke the company’s mining license to prospect on the concession in the Ashanti Region.

The court presided over by justice Kwaku Ackah Boafo said the sector minister exceeded his powers by withdrawing the license.

But Mr. Dame, speaking on Eyewitness News, said, although the court quashed the decision of the minister, it still concurred with the assertion that the activities of Exton Cubic were illegal.

He also intimated that, his outfit will also be looking into the circumstances under which a company with affiliations to Ibrahim Mahama, was granted the mining lease when his brother, John Mahama was President.

“These are matters of monumental importance. We have to even look at the processes, [asking] how come just a week before the handover of power by a real government, the President of the day, through the Ministers will convey a mining lease to a company owned by [the president’s] brother. These are things we have to look at.”

“We don’t rush. We will take our time to do things. We will probe into how these infractions were committed and committed in favour of the company owned by the brother of the then-President [Mahama] granting about 79 percent of the nation’s known bauxite resources in the company’s favour,” the Deputy AG said.

Exton Cubic after a series of threats in October 2017, filed an application for a review of the decision to revoke the company’s leases to prospect in the Tano Offin Forest Reserve.

The company had also complained that it was being targeted by the government for political reasons, due to Ibrahim Mahama’s relations with former President Mahama.

In their suit, the company argued that the Minister’s decision was unreasonable, unjust, and an abuse of his powers.

The company, among others, sought a declaration that “the Minister of Lands and Natural Resources acted ultra vires [beyond] his statutory powers when he revoked Exton Cubic Group Limited mining leases.”

It also contended that, revoking of its license was “breach of the rules of natural Justice”, and in breach of the company’s “rights to administrative justice and property.”

The matter came to public attention when earth moving equipment and vehicles belonging to Exton Cubic’s sub-contractor, Ibrahim Mahama’s Engineers and Planners (E&P), were impounded at Nyinahin, the community where the forest reserve is located.

This was on the orders of the Ashanti Regional Minister following suspicions the mining company was operating illegally.

At the time, Mr. Amewu came out to say that his Ministry had granted Exton Cubic Group Limited an entry permit into the Nyinahin bauxite concession.

The directive was to revoke the permits was issued because the company’s three mining leases were found to be invalid.

The Sector Minister said the company’s failure to provide key documents covering its acceptance of the lease, notice of pendency, environmental impact assessment and other statutory requirements rendered the leases invalid.

In a letter to Exton Cubic, Mr. Amewu said “the absence of publications of the Gazette of notice of the pendency of the company’s applications and service of the notice on the various entities specified in the law is contrary to both section 13(2) of Act 703 and Regulation 177 of L.I. 2176 [Minerals and Mining Regulations.]”