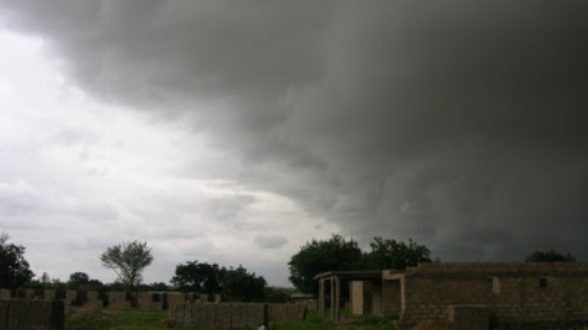 Over 2,000 residents of Zabzugu in the Northern Region have been rendered homeless after torrential rains destroyed their houses.

The combination of rain and windstorm destroyed about 152 houses.

[contextly_sidebar id=”lfvsJpZu2gcJ8cv3mkweptzpca6RpboA”]The rains also ripped off the roofing of four basic schools and three churches in the area.

Speaking to Citi News, the  District Chief Executive of Zabzugu Ahmed Abukari Iddrisu, said the Assembly is finding it difficult to provide shelter for those affected.

“The magnitude of it can’t be described, we have about 152 houses brought down it was both rain and windstorm. Two areas that they could have actually sort shelter, have also been deeply involved, some of them are just lying outside, currently the weather is a bit warm, so they are not afraid to lay outside” he said.